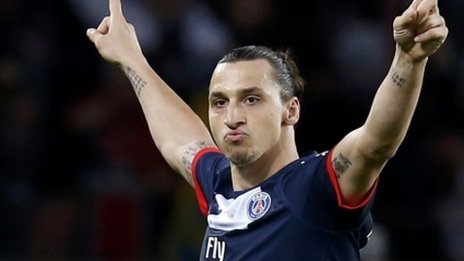 Arsenal are “lining up ” a bid for Paris Saint-Germain striker Zlatan Ibrahimovic in the region of £11 million.

The Swede who has now retired from the international set-up and is understood to be ready to Ligue 1 for a new challenge, according to the Italian news agency Tuttomercatoweb Arsene Wenger is keeping tabs on his situation.

It is claimed that AC Milan are his preferred destination but Premier League clubs are also interested, The outspoken striker has just a year left on his contract and PSG will be looking to get as much as possible for him this Summer.

This just proves that silly season is in full swing, Ibrahimovic is expected to demand around £300,000 a week in wages which is surely to be too much for Arsenal‘s wage budget to handle.