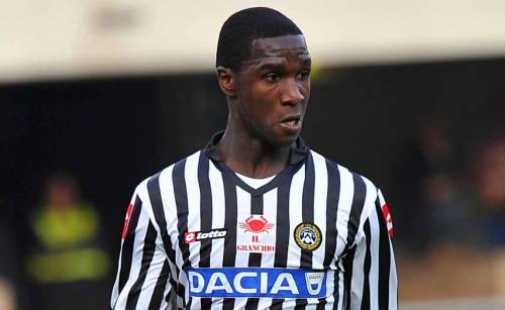 Today we are linked with a player who I have admired for a long time Cristian Zapata. He is just the type of defender we need. Big, powerful and very fast. He is almost like a mix of Gallas and Campbell. So when I saw this pop up on newsnow this morning I was pretty cuffed…Talk about a £15m move for Zapara (23), But his agent has already said that there is NO bids on the table from Arsenal yet. But lets hope there is something in this…

Moving on and I see the Mark Schwarzer deal is back on. I was hoping that after his poor show in the world cup we would be looking elsewhere. I cant see the logic in spending £4m on a keeper who cost NOTHING 2 seasons ago when Fulham signed him on a FREE. And now at almost 38 whats the point? I know what people are going to say? Look at Edwin van der Sar at Man Utd… But lets make it clear! Van der sar has always been a top keeper and has played in the champions league and at top clubs like Juventus. Mark Schwarzer has never played at the top level or for a big club. Playing for teams like Marconi Stallions,Bradford City,Middlesbrough and who has look “OK” but never world class and always prone to make a mistake. So whats the point in spending £4m (The most Wenger has EVER spent on a keeper) on a 38 year old? pointless…. Forget this clown and go and sign Frey FFS.

Anyway... Debate this more on the forum – www.arsenalaction.com/forum/

Do we expect an apology from Barcelona? Email them…
[Video] Cesc laughs as Gerard Pique SPITS on a 72 year old!