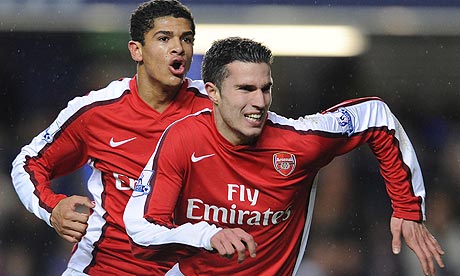 Ever fancied yourself as being the Arsenal Manager?…

Ask yourself this, Would you sell our striker who seems to spend more time on the treatment table and every season misses a huge amount of playing time. I sometimes ask myself, what is the point in RVP? No doubt he is a World Class player, But he is made out of Glass and cant go a season without picking up a major injury.. And now that Rooney is on the market, Would you cash in on RVP and sign Rooney??

Well with Football Manager 2011 game you can call all the shots! Sign players on mega money ( Something that Arsenal haven’t done in years) the likes of Ribery, Messi etc…And maybe a world class keeper?..And would you cash on the likes of Van Persie and Cesc?…

Get The Football Manager 2011 Demo

Mirror Football readers will be able to access the game in advance on Thursday 21st October before everyone else. The official demo is launched on Friday, 22nd, but you can get it a day earlier from the Mirror Football website.

And if you want to read all about the new additions to this year’s Football Manager game, read the exclusive Football Manager blog by Miles Jacobson that brings you daily updates on what’s new in the game.
Mirror Football Goals

This Football Manager feature is a sponsored post and as such we should point out that if you enjoy playing fantasy football, you should give Mirror Football Goals a try – it’s a free Facebook-based fantasy 5-a-side football game in association with Renault. It’s easy to pick your team, set up your own mini-league and invite your mates (Facebook friends, even). Get started here.

[Video] Do you prefer the current Alex Song?
[Video] Dear Spurs Fans. This Is How You Beat Inter.