Why Fabregas is not an Arsenal legend 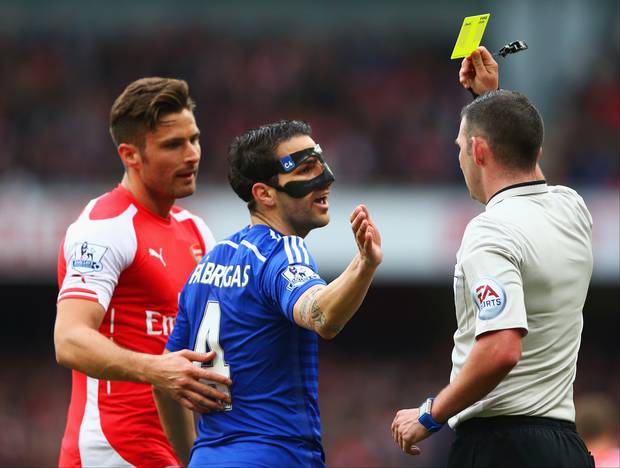 For the duration of the past week Cesc Fabregas has been a much debated about topic as the Spaniard made his first trip to the Emirates as a Chelsea player on Sunday. There are fierce opinions being bandied from the fan camps of both teams but our fans have their own divided views too.

Fabregas had a pretty productive time at Arsenal, he joined as a teenager and stayed until his childhood club came knocking eight years later. Wenger must have seen something in Fabregas when he signed him because he had enough confidence to put him straight into the team at 16 years old and he remained in team regularly until he left.  He wasn’t just a youngster with potential, he was strongly in the forefront to be one of the best and by the age of 21 he was already phenomenal and equal to some of the top midfielders in the world.

So taking that into account why isn’t he considered an Arsenal legend?

The main reason would largely be down to his behaviour when he left for Barcelona, had Fabregas played out his last season better he would have had a different reaction from the Arsenal fans this weekend. But refusing to train or play, attending a Formula one race instead of Arsenal’s last game of the season against Fulham and playing dirty with negotiations weren’t the actions of a legend and that lost Fabregas a lot of respect.

When you look back at the players that sit in legend status within Arsenal football club each and every one of them are footballing legends-players that will always be remembered for what they gave, not just to their clubs but to the world of football. Tony Adams will always be a remembered for being one the best centre backs this country has ever had, Henry is worshipped by many a fan-not just Gooners for his contribution to football and likewise with Bergkamp and the Total Football aspect to his career, they exude talent. There isn’t that feeling with Fabregas, we look back and see that even though he was incredible when we had him he hasn’t quite lived up to his reputation since, not compared to what he could have been.

Despite his deep love for his childhood club it seems he never fully flourished during his time at Barcelona and they never really got the best from him consistently and he faded into the background quickly whereas at Arsenal he was one of the most important players in the team, everyone played around him and to his ability had he stayed that would have continued too.

For Arsenal fans a legend can be many things, some who captains the club, someone who plays every single game, makes the most saves, scores the most goals or have the character and drive to be truly part of the team and history but for most it is about loyalty and respect and Fabregas unfortunately lost that respect when he proved his loyalty was not to Arsenal who had given him so much but to Barcelona the club that stunted his career in the end.

Did any other Arsenal player deserve a PFA award?
Do Arsenal really need a new Goalkeeper this Summer?