Why are people complaining about Koscielny? 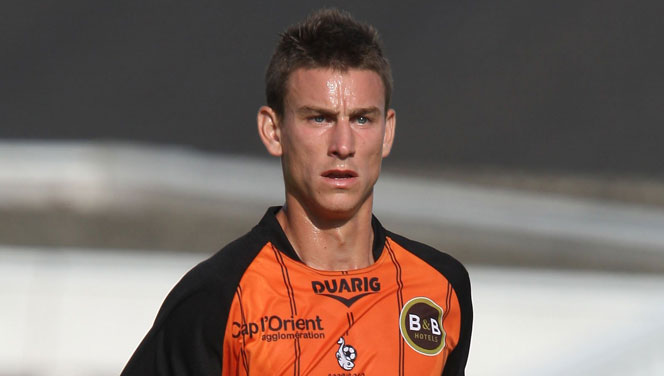 You just can’t please some people, can you?

I think it’s widely acknowledged by all Arsenal fans everywhere, that we do not have the financial power that clubs like United (for now!), Madrid or Barca have. We have never asked for record breaking transfers, just to see players of suitable quality brought in, as opposed to cost cutters like Silvestre.

Yet people are still finding faults with the signings of Chamakh (free), Koscielny (£ 8.5 million) and potentially Joe Cole (free). But tell me, are they not improvements on Bendtner, Silvestre and Diaby? Undoubtedly. In fact, some people are saying that we paid over the top for Koscielny?!

Really, what is there to complain about? Chamakh is in on a free, his goal scoring record is not the most impressive but his aerial ability is, Koscielny is the big, physical presence we’ve all wanted and Joe Cole is the big name, play maker that we’ve needed. Sure, his wages may be high but we’re paying no transfer fee and we’ve taken risks with injured players before. They are aged 26, 25 and 28 respectively so you can’t complain about a lack of experience.

I was a huge fan of Gallas this season,  but in the four years he’s been with us, he’s never completed a whole season and that says a lot. Because of that, we were forced to play Mikael Silvestre in a champions league quarter final. Yes, we should have been better prepared in that area, but let’s not dwell on that now.

Koscielny has played in the top division in France – a place where a lot of our best players have come from. He’s big, strong and has a good header on him, I don’t see the problem? I’m going to trust Wenger’s judgment on this one. Once upon a time, doubts were raised over Wenger’s ability to bring in good, defensive players but the likes of Sagna and Vermaelen have proven us wrong. He rarely gets it wrong and I don’t believe that he would give Lorient an 800% profit on their player if he was no good. Yes, he could be the next Pascal Cygan, but he could just as well be the next Martin Keown.

What I would be disappointed in, is if we didn’t try harder to keep Sol Campbell. Neither Koscielny or Vermaelen are inexperienced, but center backs can always learn. Rather than let them learn themselves, by making mistakes, I would rather have a player of Campbell’s calibre available to teach them. If not, bring back someone like Keown, because there has been a big problem with our defensive a unit and it needs some serious drilling. Communication between full backs and center backs at times has been shocking.

We never had a problem with quantity, we had a problem with quality. Even if Campbell stays, I would like us to bring in another center back. There will be times  when we will want to rest both our starters or they both may get injured. Campbell did an admirable job, but he struggled to string two games together at times. Djourou has had a whole season out and may take a while to get back to his best. I also think the “right footed” – “left footed” center back balance should be kept. We played Silvestre on the right against Barca and he was wrong footed. Let’s not let that happen again.

I’ve been critical of Wenger and if we indeed do complete the signing of Cole, I will be very pleased with the ambition he has shown. I’m not unreasonable, I don’t want a 35 million pound player. It shows that we’re moving in the right direction.

You can debate more on the forum. Click HERE.

Spurs set to beat Arsenal and Man Utd in race to sign Kjaer
If “YOU” were the Arsenal manager?