Who Arsenal should Buy & Sell this summer? 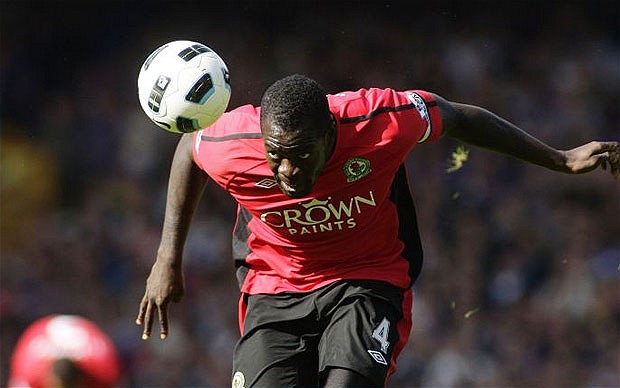 This season has been without any doubt from any Arsenal Fan one of or the worst seasons ever. First of all we lost to a on form tottenham considering we were 2-0 up, lost the Carling cup final which we should of ended our 5-6 years without a Cup any Cup, Got a football lesson from Barcalona In CL and not to mention near the end of the season which at one point along the line Arsenal was on a verge of being top of the table and claim the league title which embarrassingly didn’t come because with the disaster 5 games before the league ended. Below I’m going to write in “my opinion” who Arsenal should much need to Buy and of course sell.

Denilson – He’s times up he’s had a poor season this year and last he was ok but it’s time to get rid of bad rubbish and he’s got the cheek to threat leaving because Arsenal not winning titles please he ain’t evan first choice anymore. SELL HIM!

Nicolas Bentdner – WTF is he still doing wearing a Arsenal shirt. He’s a blunder of a striker for the last couple of seasons you have to ask yourself what is he still doing here especially when he missed an open chance to send arsenal through the champions league in the Nou Camp. SELL HIM!

Cesc – Agree with me or not people may say we need him but honestly we don’t he’s a good captain but he’s fading away from being a decent player arsenal need in this saturation however he’s injury is concerning me he’s a injury probe Barcalona should get him for atleast a good price. It’s hard to say this but.. SELL HIM!

Tomas Rosicky – Ok let me clear something up I was glad Arsenal got him from Dortmund 2006 sometime ago he had a great start with some fantastic goals but ever since he’s injury he’s been rusty still pitch rusty he ain’t the player he use to be in fair honesty.. SELL HIM!

Manuel Almunia – Similar to Bendtner he’s a blunder for a keeper to see him wearing the No1 shirt is humiliating is a mockery of David Seaman who’s lately been voted arsenals best keeper of all time. He’s times up. SELL HIM!

Chris Samba – Tall, Solid and would be a great partnership with Vermaelen and  Koscielny and he scores. BUY!

Garry Cahill – I’ve watched him many times and I see him fitting well and helping out a lot in the Arsenal squad especially with the error of the defense lately. BUY!

Gervinho – I know Arsenal are lately strongly linked with him a bit familiar with him I think I watched him in the world cup not bad signing but why not watch him on YouTube he ain’t bad he be good striker partnership with RVP so.. BUY!

Kazim Benzema – I’ve always said to friends out of him or David villa arsenal should get. I know he kindly rejected Arsenal but he’d be the perfect signing this summer but he wants to stay at Real Madrid so on this one.. No buy.

Ricardo Alvarez – I don’t know him but I done my research on him he don’t seem too bad people are already calling him the new Cesc so if Anyones got a opinion on being the new Cesc then I got Arsenals back to buy him and we do need a player to fill in he’s position. BUY!.. Hulk – Porto FC Striker I’ve Watched many times in the Europa League  great striker scores a lot and at this stage is what Arsenal need in there squad and realisticlly they could clinch him if they were interested. BUY!

That’s all I could think of but hope Arsenal get the right players and get rid of some bad rubbish as well. I hope Samir Nasri Stays along with Geal Clichy and I strongly hope Arsenal have a better season and challenge harder because it is big competition with the new heavyweights coming like Man City, “hate to admit” Spurs also as always Chelsea and Man United. Liverpool I feel will also be stronger this season after last years blunder so lets hope us The Gunners have a way much better season and bring the trophy to the Emirates.

All the best. By Abz Nay.