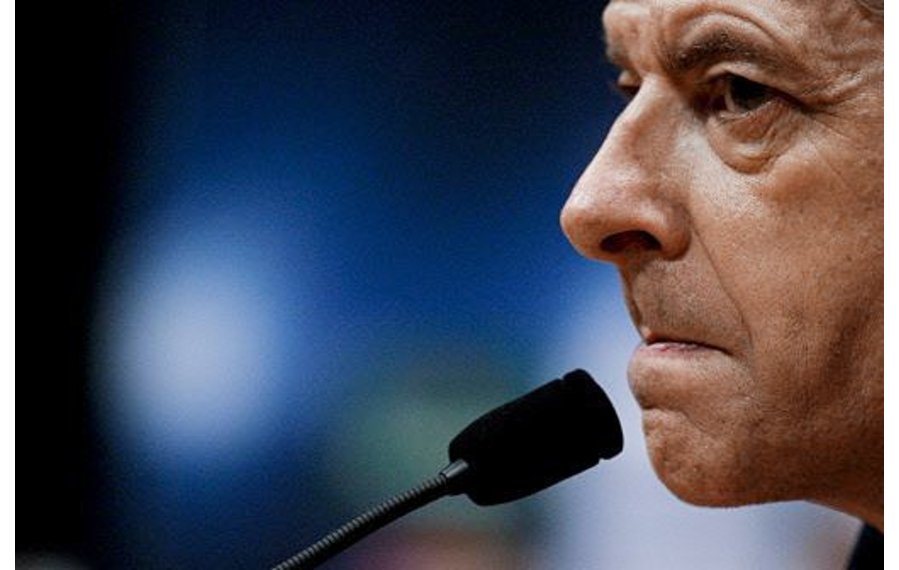 Arsene Wenger lost the plot during yesterday Q&A with the Arsenal Supporters’ Trust.

His deluded ﻿answers reminded me of Colonel Gaddafi and in many ways Wenger and Gaddafi have alot of things in common.

Here is the transcript from Friday’s written press conference…. Our comments in RED

Q: You’ve had a fantastic career here and no-one is disputing that, but can you understand why some supporters wish there was a bit more experience there, thinking about what you may achieved if there was?

A: “I’m against superficial judgement, that’s what I fight against. For example people ask ‘why don’t you buy central defenders?’ We have a better defence than Man United if you look at the numbers, but nobody mentions that. And should we kick Vermaelen, Djourou and Szczesny out? What for?

AA: I notice you didnt say anything about ﻿﻿Koscielny & Squillaci? This has been going on for 3 seasons now?. You started this season with Almunia as your number 1 keeper. You should have sorted this out years ago.

Q: You said the team had done well for its age, so isn’t experience an issue?

A: “We’ve done well for our age as we’re second in the league. Is that a disaster for you? There are teams who invest ten times more than us, one player cost more than the whole team and they’re behind us. I don’t understand the way people think.

AA : Finishing the season in 2nd is not a disater. But when you are gifted a chance of winning the title and you dont even show the heart or fight to win it then it hurts. You talk about the mental strength of this team but in each of the last 3 seasons they have bottled it in the title run in.

Q: It’s what the supporters are thinking though, that’s the issue.

AA: Arsene most of the REAL fans lost faith in you a long time ago. You are just showing how out of touch you really are.

Q: But it’s not my money, it’s the supporters who are paying to watch:

A: “How many supporters are complaining?”

AA: As Mr Gaddafi said “No people are dieing”, “My people love me”… Arsene supporters are companining. Did you not here the booos after the Blackburn game? Dont you see the blogs on line calling for your head?

Q: But there were people complaining after the Blackburn match.

A: “At every game I find people complaining. What are you talking about? I don’t understand supporters complaining.”

AA:  You clearly are a loon aint you Arsene?

Q: Compared to four years ago, they weren’t complaining, because it wasn’t so long without a trophy?

A: “Do you judge this season or the last four seasons? Some of the clubs behind us have done nothing for 20 years, yet suddenly they get a lot of praise. I don’t understand. We have eight games to go and are in a position to fight for the Championship so let’s give the maximum. If we’re disappointed at the end then okay. Why do you say it’s a disaster when we’re second in the league? Do the 18 clubs behind us have a fantastic disaster?”

AA: Arsene you said last season “Judge me in may”.. Well we did and again you are blind to the fact that your lack of spending is the main problem at the club. If only you showed some blottle in the transfer market this team might have won the league.  You think you are doing a good job by finishing 2nd/3rd. That just shows you only care about making a profit.

Q: Are you a victim of your own success?

AA: Come on  you was lucky when you first came to Arsenal. You had a world class GK and back 4 and since then you have not replaced them.

Q: But you are judged against your own success?

A: “I told you just now. To be consistent at the top level is the most difficult and important thing in our job. We’ve been in the Champions League for 15 years, and there’s only two clubs who’ve done that in this country. It’s Arsenal and Man United.”

AA: But you have won nothing in 6 seasons now and you think you are doing a fantastic job?.. I can see why the board give you £7m a year. Can you also turn this bottle of water in to win for us?

Q: Arsene, everyone respects the job you’ve done, but shouldn’t a club like Arsenal be judged on the trophies they win? And obviously in the last six years there haven’t been any trophies?

A: “Trophies are one way to judge a club.”

AA: Its the only way to judge a club, You judge it but how much profit you have made.

Q: Are trophies an over rated way to judge success?

A: “They’re not overrated as it allows you to say you’ve won a trophy, but would you swap winning the FA Cup for playing in the Champions League? Is it a trophy or not to be in the Champions League? Is it more important to win the FA Cup? We do as well as we can, and if it’s not good enough it’s not good enough. But what I deny is that everything is suddenly negative. We’ve built this club. Tomorrow, you look at the players in this team and I’ll speak to you in 10 years.”

AA: This just proves how out of touch you are with the fans

Q: We know you’ve had some fabulous offers to leave this club – Real Madrid, Barcelona and Manchester City – if this continues will it make you think about leaving, if you’re not being appreciated?

A: “I don’t think about leaving. I love this club and do the maximum for them. I don’t think like that. When I make a commitment I give absolutely everything. At the end of the season I’ll look back and see what we’ve done well and not done well. We should not go overboard. We’re second in the league so it’s not a scandal. Where is the common sense there?

“I do as well as I can with the players I have. What’s important for me is how well we do. All the rest I don’t care about.

﻿﻿AA: You are very lucky to be at Arsenal and have fans like us and dont you forget that. Do you really think that if you was at Barca/Real Madrid and you went SIX seasons with nothing to show you would still be in a job?

Q: Where would this club be without you, Arsene?

A: “I don’t know where Arsenal would be without me, maybe better, maybe worse. I hope one day maybe better. I’m happy that the club goes on and gets better. But we shouldn’t think we have the right to be where we are.”

Q: I’ve rarely seen you so passionate, so upset, are you hurt?

A: “I’m not hurt at all, but I defend what we do here and the way we do it. That’s all. I don’t see why we should be negative when we’re going for the Championship. I’m having to answer why it’s a disaster. I’ll have to stop talking and you write what you want. If I cannot defend that, we’re second in the league and fighting for the Championship then I should stay at home, but I’m in a fighting job.”

AA: Maybe you should step down if this is getting to much for you….

Q: Arsene, sometimes there’s a criticism that you don’t sign the quality of player that you used to. Have you had a change in policy?

AA: In other words what you are staying is you wont pay the going rate for a player and wont to find players on the cheap.

Q: Can you expand on that?

A: “No, I don’t want to expand on that. The way we are doing things is right. Personally, I’m rather proud of this team, proud of the players, if I look at this team I’m proud of them, proud of the attitude of the players and the football we play. It’s only in this country that we have to face what we face. If you go anywhere else in the world Arsenal are given much more credit, I can tell you.”

AA: You wont pay over the odds as you wont to save the club money but you accept a £7m a year deal. Sounds about right..

Q: You spoke about the age gap to Barcelona as perhaps one reason why you haven’t won trophies, but how will that change if you’re always bringing younger and younger players into the squad?

A: “That’s why it’s important to keep these players together.”

AA: You have been saying this for five years now

A: “Nobody talks about the fact we built a new stadium. We have many big players in this team, and the future will tell you that. Whether they play here or somewhere else, you’ll realise they’re big players.”

AA: You told us that moving to the new stadium would bring in more money and we would be able to sign the best players in the world… What like Chamakh?