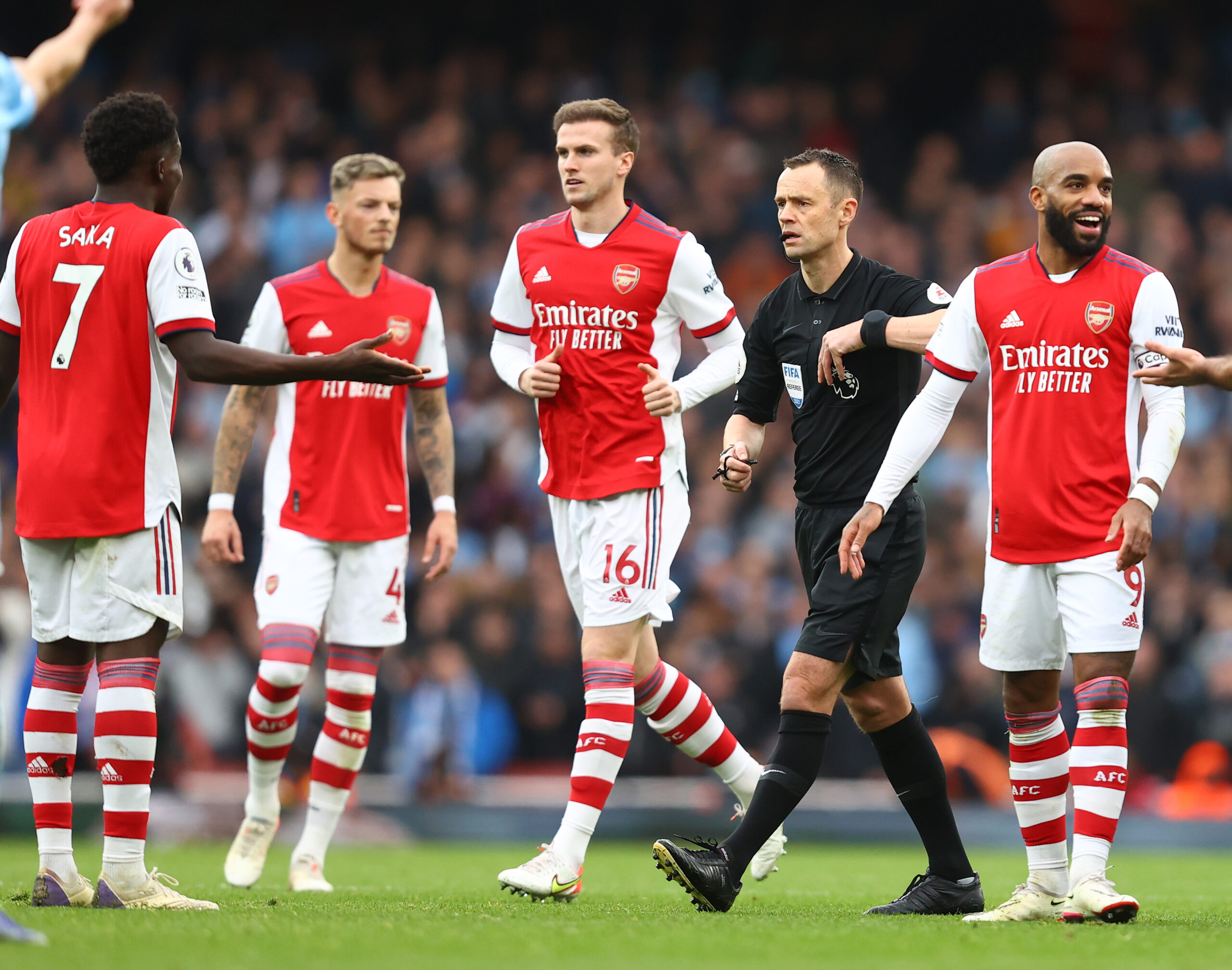 Arsenal’s hopes of recovering fourth place in the Premier League standings will be on the line when they take on Tottenham Hotspur in a mouth-watering encounter on Sunday.

Despite going down to ten men only 24 minutes into their Carabao Cup first-leg game against Liverpool, the Gunners eked out a scoreless draw at Anfield in midweek.

It seems like Mikel Arteta’s side cannot catch a break so far in 2022.

They were 1-0 up at half-time in their blockbuster New Year’s Day fixture against reigning champions Manchester City before conceding two unanswered second-half goals to lose 2-1.

Now seeking their first competitive win in the new calendar year, the Gunners will look to overcome fierce north London rivals to maintain the pressure on fourth-placed West Ham United.

The Gunners sit two points below another capital-based side, though they have a game in hand on David Moyes’ team, meaning their hopes of landing their first top-four finish since 2015/16 are still very much alive.

But winning at the Tottenham Hotspur Stadium will require something special from Arsenal, especially considering Spurs’ Premier League form under Antonio Conte, and the latest Premier League betting tips currently place the hosts as slight betting favourites, especially with Arsenal having to play away at Anfield in midweek.

Since the Italian manager took over the reins in November, the 2019/20 Champions League beaten finalists have not lost any of their eight top-flight fixtures (W5, D3).

They are four points adrift of West Ham despite having three games in hand, which emphasises Conte’s impressive work in the nation’s capital.

Arsenal made light work of Nuno Espirito Santo’s Tottenham in the reverse fixture, cruising to a comfortable 3-1 win at the Emirates back in September.

The Gunners are now looking to complete their first Premier League double over Spurs for the first time since the 2013/14 season.

But they will have to defy their thoroughly disappointing recent away record against Tottenham, having failed to win any of their last seven league H2Hs as the visitors (D2, L5).

Following an underwhelming start to the season, especially on the road, Arsenal have recently found their feet away from home.

The Gunners have won their last two Premier League away matches by an aggregate score of 9-1, scoring as many goals in those two outings as they had in their previous nine travels in the competition.

Delivering action from the get-go, Arteta’s men have netted ten of their 15 away league goals this season in the first half of play, scoring 2+ goals before half-time in both previous top-flight road trips.

Both youngsters were on the scoresheet when the Gunners thumped Tottenham in the reverse fixture.

If any of them find the net here, they will become the first Arsenal players since Ian Wright in 1993/94 to score in both Premier League games against Spurs in a single season.