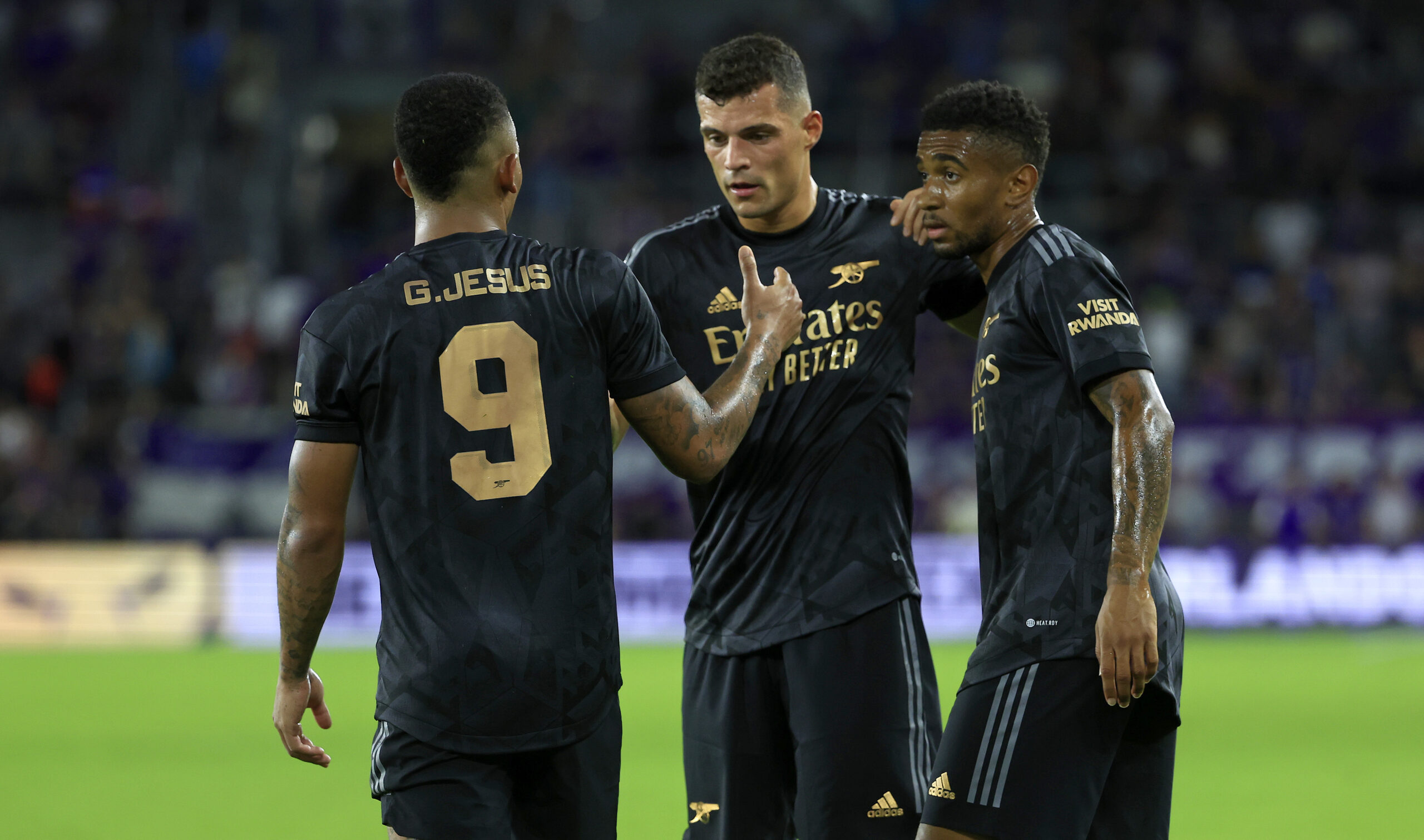 Arsenal’s dream pre-season continued on Wednesday as Mikel Arteta’s side breezed past Orlando City 3-1 at the Exploria Stadium.

Major League Soccer franchise Orlando were the latest side to find themselves on the receiving end of the Londoners’ wrath and had to experience that on their own turf.

Gabriel Martinelli opened the scoring only five minutes into the game when his curled effort from inside the box took a massive deflection off a defender and a wrong-footed goalkeeper Pedro Gallese.

The Brazilian’s early deadlock-breaker changed the complexity of the match, forcing Orlando to move forward in numbers, though Arsenal failed to capitalise on that in the first half.

Instead, the home side’s first-half onslaught came to fruition on the cusp of the half-hour mark as designated player Facundo Torres drew the Lions level with a sublime finish from range.

Arteta reshuffled the deck at half-time, introducing 11 new players to turn the tide back into Arsenal’s favour, which paid dividends in the second half.

Eddie Nketiah and Reiss Nelson troubled the scoreboard beyond the 60th minute to fire the Gunners to their fourth consecutive pre-season victory and bolster the spirits ahead of the upcoming friendly against Chelsea.

Here is what we learned from Arsenal’s routine triumph in Florida.

No one holds a grudge against these two, yet their disastrous performance against Orlando proves they have no business staking claims for a place at the Emirates Stadium.

In a game where Arsenal pressed the opposition high up the pitch while encountering no pressure themselves when on the ball, you would expect Maitland-Niles to thrive alongside Mohamed Elneny.

Likewise, Mari, who had a decent season-long loan stint at Udinese in 2021/22, was arguably the worst Arsenal player in the first half.

For a defender looking to throw himself into a fight against top Premier League players, being caught off guard on multiple occasions in one half against a sub-par opponent speaks volumes.

With Kieran Tierney continuing to struggle with recurring fitnes problems, Nuno Tavares had another opportunity to build a case for himself in Arteta’s plans.

However, the 22-year-old left-back barely covered himself in glory at the Exploria Stadium, especially when called in to defend the likes of Torres and Alexandre Pato.

Except for a few decent points of link-up, Tavares struggled to provide depth on the left, with some woeful crosses highlighting his underwhelming display.

After earning a left-back degree from Pep Guardiola at Manchester City, Zinechenko could be the left-footed defender the Gunners have been waiting for since the glory days of Ashley Cole.

Depending on how he manages to settle himself in Arteta’s set-up, the Ukrainian star could be a major coup for Arsenal moving forward.

It takes no rocket science to grasp how much influence on proceedings the dynamic duo had since joining the fray in the second half.

Jesus may have failed to find the net this time to add to his three goals in two matches, but he was instrumental in creating spaces for his teammates and winning second balls around Orlando’s penalty area.

Supersonic Saka is a gift that keeps on giving, as evidenced by the way he changed the dynamics of the match via darting runs down the right and his ability to cut inside.

The star shined bright at the Exploria Stadium, giving the Orlando crowd a taste of a true genius at work.

Too bad Nicolas Pepe has yet to pick up some tricks from his younger colleague.