The time is now for Emile Smith Rowe 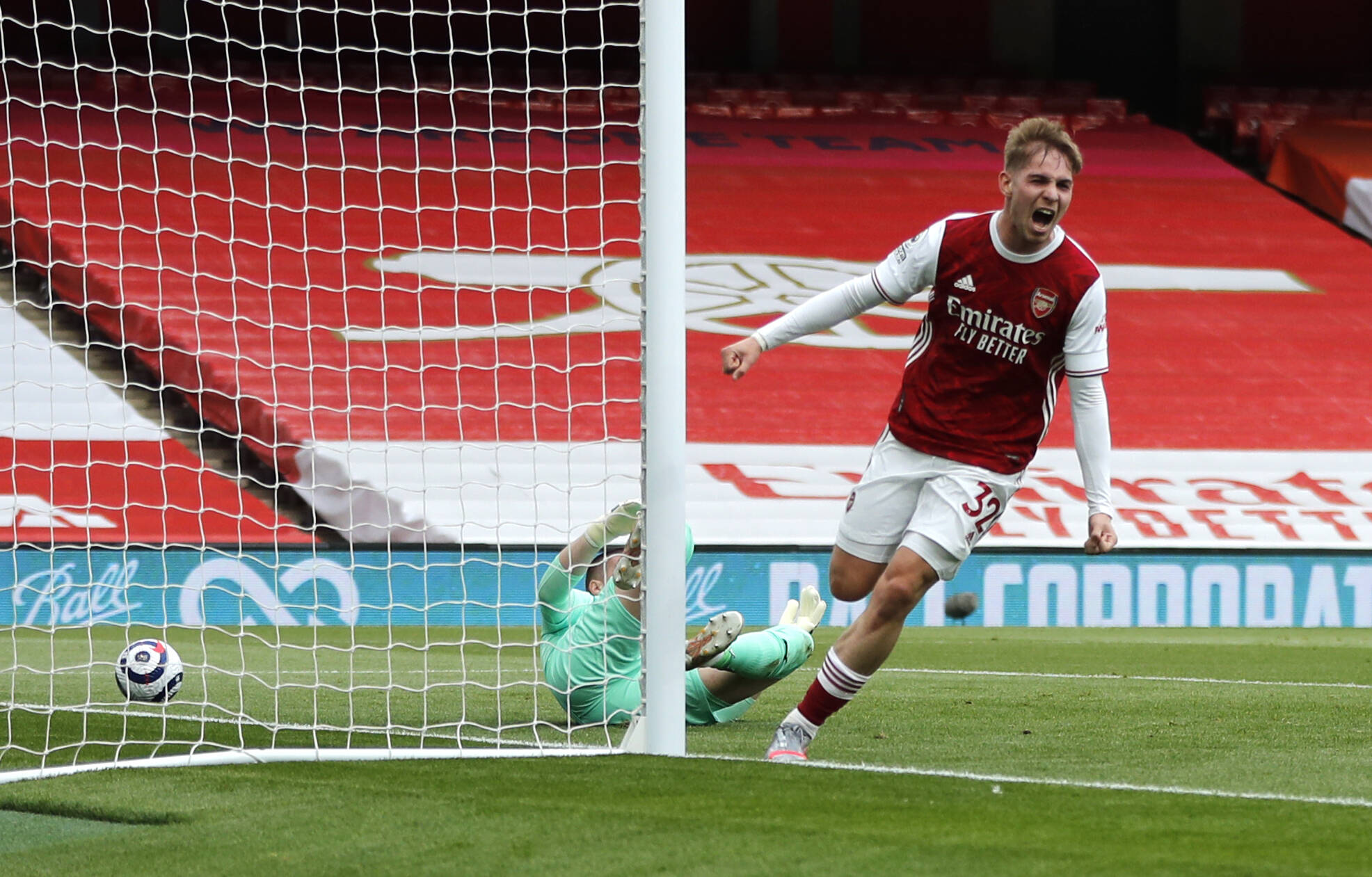 Attacking midfielder Emile Smith Rowe materialised as one of the brightest sparks of Arsenal’s frustratingly mediocre 2020-21 season. Appearing in 33 matches across all competitions, the Hale End Academy graduate became a regular fixture in the senior side following his excellent performance in a Boxing Day victory over Chelsea.

The 20-year-old proved an immensely creative force in the middle of the park, completing an impressive 87.7% of his passes. His knack for incisive passing, particularly into the 18-yard box, also led to a shot creation average of 2.69 per 90 minutes and four assists for the campaign.

The Englishman also displayed his positional versatility on the pitch, being deployed as a left-winger, a central midfielder, and a false nine at various times.

Additionally, he has been praised for his energy and work rate by the academy’s former head of recruitment, Steve Morrow and manager Mark Hudson, formerly of Huddersfield Town, where Smith Rowe spent a fruitful part of the 2019-20 season on loan.

Smith Rowe’s success has seemingly eased the need for Mikel Arteta to find a creative playmaker as an offensive anchor in the summer transfer window. However, rumors suggest the manager is still very much in the market for another prolific attacker.

According to Goal.com’s Charles Watts, a particular target is Real Betis’ Nabil Fekir, who is allegedly equally as keen on a move to north London. Fekir’s current value sits at $27.5 million as per TransferMarkt.

For a side who will be working to strengthen multiple areas of their team over the summer, such a fee ultimately may be unduly hefty. Barring concerns around over-working him, Arsenal have in Smith Rowe an opportunity to further elevate and unlock a superb, tenacious, and productive young talent while saving money.

Recently, Birmingham Live’s report surrounding a Villa transfer bid for Smith Rowe were dispelled, with Football.London asserting the claims contained “no truth.” The starlet’s current contract is set to expire in 2023, and, for now, he appears as committed as ever to his boyhood club.

Bukayo Saka impresses in England victory over Austria
‘Here as a forward’, Bukayo Saka speaks out on his role at Euro 2020