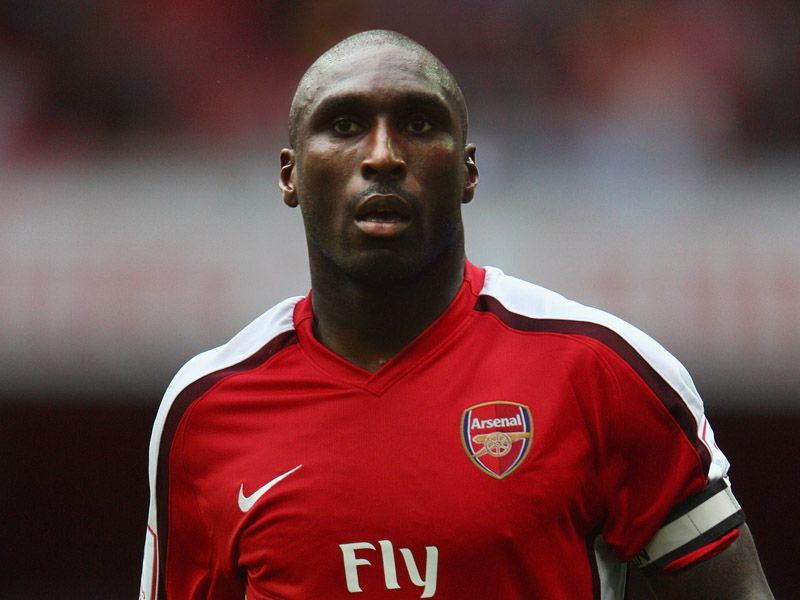 How the return of Campbell has been at the heart of Arsenal’s resurgence in the Barclays English Premier League….

On the 15th of January, Sol Campbell made a fairy tale return to Arsenal, when it was confirmed by the club that negotiations had been settled to reinstate the central-defence legend. At this point, not even the giftedly farsighted could foresee that Campbell would be the central component in a revival that is seeing the Gunners fight tooth and nail for the Premier League trophy. The deal was scoffed at by the majority of pundits, some of whom deemed his return as borderline farcical. Many Gooners shared this view, for which they could arguably be forgiven.

But Sol Campbell has returned a different beast to the one that stormed from Highbury in 2006. The man who was once one of the most sought after defenders in the world has had a taste of what it’s like not to be wanted. It was a taste that he evidently hated, as Sol has returned with a hunger which has been bonafide by Arsene Wenger, and is more than evident in his commitment on the pitch.

“He brings experience, good advice and he’s physically worked very hard,” Wenger said. “I think he showed he was dedicated and motivated and looked happy to be back here. Many players are always happy to be back at Arsenal.”

Wenger apparently had his doubts about how genuine Sol’s desire to return to the top flight was, and admits that, whilst Sol began training with the team in mid-October, he had been put through a rigorous, punishing and lonely fitness programme for 8 weeks before this to truly test the player’s mettle.

It was a grueling test which evidently he has passed with flying colours, as Campbell has played with a passion and heart-on-sleeve attitude that had been lacking in the Arsenal team prior to his return. To everybody’s great delight, it appears that this sickness, a burning never give up attitude, has spread amongst the other Gunners. Campbell has been the heart and soul of the reigniting of the fire in our players’ bellies, and since his return we have played with a drive and passion which we had so long been accused of lacking.

And not only has Campbell exhibited an unwavering and driving passion to return, this fire has been glaringly present in his playing ability, which has lost none of its luster. In my opinion, it is not difficult to argue that in all the matches he has played, Campbell has possibly been our most valuable player; a reflection on both himself and the guile of Wenger, who has apparently made the two best signings across the clubs this season, with Campbell and Vermaelen playing far above their price tags.

Remember also, he hasn’t even played at the Emirates, yet. That ultimate reception is a prize which is still waiting for him, and which I’m sure contributes in no small part to the absolute committment he has shown in every League game he has played so far. The hunger for it is still there.

Campbell is proving again the art of defending. He may not be the quickest, but watching Campbell play, it’s easy to see why the term ‘rock at the back’ was termed.  Perhaps he has benefitted from the majority of people writing off his return right from the start? Regardless, he has turned out phenomenal performances in the absence of both Gallas and Vermaelen, and has been quite arguably the best defender in the Premier League since his return.

And if the England squad is to be picked on from, than Campbell should be near the top of Fabio’s list for men at the back. He has easily eclipsed John Terry in the past two months, and should be so far above the recently called-up Shawcross that it’s a bad joke. Mr. Ryan ‘four-major injuries in four years’ could learn a thing or two about how to tackle a ball properly from Sol, too. As unlikely as it is that Campbell will be recalled, the fact is, he deserves it. He has proudly returned to the frame in the Arsenal squad, and by my reckoning, we have three of the top central defenders in the League now; Gallas, Vermaelen and Campbell.

So Wenger, you really were a visionary on this one. An insane man could have been laughed at for suggesting Campbell’s recall, but he has been nothing short of a force of nature. There is something about watching Sol employing all his knowledge, strength, experience and guile to shut out a striker that I have sorely missed in recent years. Gallas is the closest I can think to a defender with such thinking ability as Campbell has showcased since his return.

Less easy to see than his ability on the pitch is the leadership and mental strength that I believe Campbell has brought to the team. I will never forget the touching moment at the end of the Stoke game, where the true comradery and willingness to play their heart out for their mates was exhibited by our lads. I think Campbell has played a large part in instilling this since his return. He has literally worked his ass off to get back to where he is now, and is a beacon of ambition and drive, which has most definitely not been lost on our young Arsenal players. The passion and the fire evident as he protested over Ramsey’s injury shows just how much this team means to him, and I feel that without Sol, we wouldn’t have been able to bounce back as strongly as we have since then.

“The worst cliché in the game is that Arsenal are a little bit lacking in fibre and backbone; they’ve got more than any other team in the country. And particularly, I’m thinking of Chelsea when I say that.”

Nobody can tell us that we lack substance and a mental strength. Nobody. We have greater drive than any other team in English football. At the end of December, I was a hopeful but not committed to the idea that we could win this cup this season. Now, with everybody showing more mettle and never-say-die than ever before, I firmly believe that we can and will. And I believe Sol Campbell is the man who has returned that pride and self-belief.

We’d love for you to have your say on the team in the forum. Be sure to visit us,