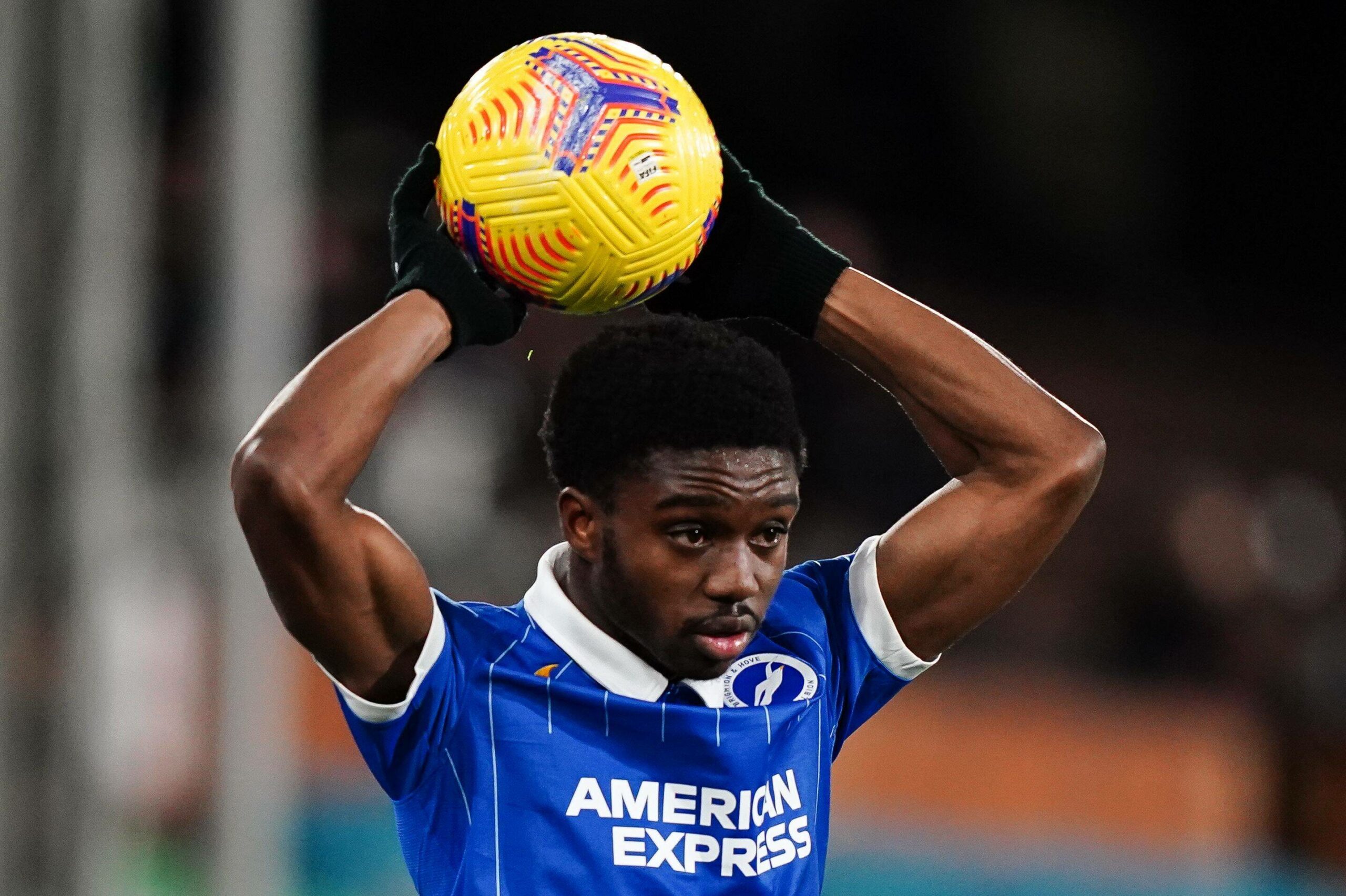 20-year-old Brighton & Hove Albion defender Tariq Lamptey has been linked with a move away from The Amex since early 2021, despite signing a $3.63 million contract through 2025 with the club. Since then, the young right-back has been particularly linked with Arsenal, though it was not until March that the North London side were confirmed to be scouting him.

Lamptey has not played since he suffered a serious hamstring injury near the end of a goalless draw against Fulham in December. In March, Brighton manager Graham Potter confirmed the fullback had yet to heal properly and would need surgery, officially ruling him out for the rest of the season.

However, prior to his injury, Lamptey swiftly emerged as one of the league’s most dynamic young players. In only 11 league matches, the Englishman completed 78% of his passes (390 of 500), while also averaging 2.44 shot creations per 90 minutes, scoring one penalty kick and assisting three goals.

Defensively, he has proven to be an efficient, intelligent tackler and a determined ball-winner who refuses to be bullied out of play. His diminutive stature grants him immense strength and unbelievable pace from a lower center of gravity, making him much more than just a one-dimensional attacking fullback.

Of his budding star man, Potter has stated, “He’s unique, isn’t he? There’s not another Tariq, that’s for sure,” admitting that having to replace him would force “a different dynamic” at the club.

Arsenal’s crisis of depth at left-back has been among the glaring concerns of their 2020-21 season, but, evidently, such defensive struggles have been exacerbated by a likewise thin right side of the line.

Hector Bellerin, Calum Chambers, and Cedric Soares have been Mikel Arteta’s choices at right-backs this season. Though Chambers has arguably been the most dynamic of the trio, each has proven ineffective at various points.

Prioritizing the summer acquisition of an adept, technically gifted, and versatile player like Lamptey will be essential for Mikel Arteta’s progressive project going forward. The defender brings flair, diverse technique, and ability to burst into transitioning on the break that could pair deliciously with gifted wingers Nicolas Pepe and Bukayo Saka in front of him.

According to Transfermarkt, Lamptey’s current value sits at $19.8m, which would be a serious bargain for a team who have demonstrated their dire need for replacements at the back time and time again.

The Athletic has reported right-back Hector Bellerin is among those seeking a move away from North London this summer. His estimated $27.5m price tag leaves adequate room for Arsenal to invest in Lamptey and other young talent, something for which Arteta has consistently shown great enthusiasm.

Thankfully, Lamptey revealed the March surgery on his hamstring was successful, and has stated his overall recovery has progressed positively over the past six months.

It is likely he will return to full fitness before next season’s opening weekend, but he will remain a top prospect in this summer’s market, regardless.

Whether or not Lamptey stays on England’s southeastern coast, Premier League fans everywhere will be delighted to see the return of the youngster’s buzzing, boundless energy and skill on the pitch.