Tactically Domenech & Wenger Are The SAME! 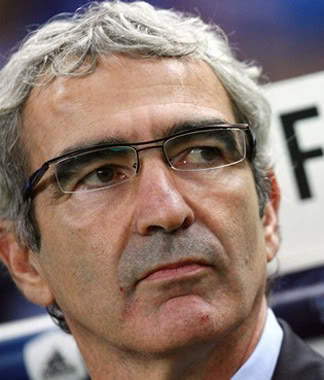 Having watched Raymond Domenech’s french side lose 2-0 tonight vs Mexico and drawing 0-0 vs Uruguay, I noticed that his style of football & tactics at times is just like our own manager in recent years.

At times tonight watching the french was just like watching Arsenal.

Both Domenech and Wenger are clueless when it comes to tactics.

Both play with only ONE striker and both blind to see that its not working and both stubborn to admit they made a mistake and change there style and play 4-4-2.

No doubt the in Arsene we trust massive will come out and tell me how plastic I am but everything I have said in this post is fact.

“join our forum and debate this and more… (HERE)”