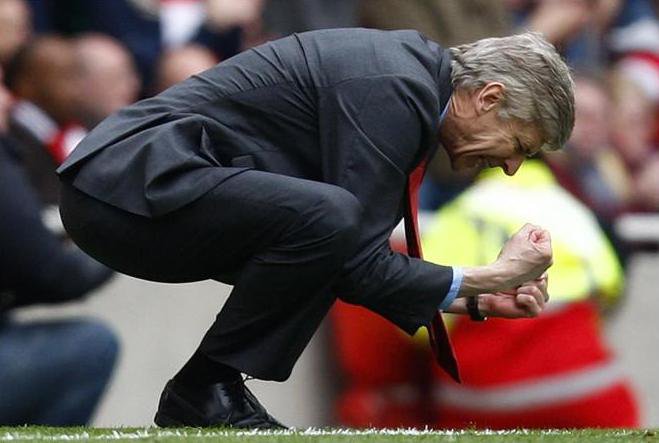 Arsene Wenger has no excuse anymore and will deserve all the criticism he gets this year.

Yet again a transfer window has passed us by and I feel let down and disappointed by our managers lack of spending.

Wenger has had five months to line up a goalkeeper, but Wenger  failed to see what every fan and pundit could see. That our current bunch of keepers are not good enough.

When I said a few weeks ago that Wenger wouldn’t sign any more players or a keeper I was told to wait till the end of the transfer window. I was told that Arsene was not stupid and of course would sign a keeper.

Well he didnt, So do I know have the right to have a voice without being told to F#K off and support Man City or Spurs?

You think I want to come on here and moan about our manager? I don’t.. I wanted Wenger to prove me wrong. But its the same old stubborn Wenger who has yet again failed to strengthen our squad.

Did you really believe Wenger when he said that he would bring in players to strengthen the squad?.. Its not the first time that Wenger has let us down like this, I’m just waiting for him to come out and say ” We did everything we could and we came very close to signing a player ”

What a load of tosh, Wenger admitted back in April that Almunia was no longer his first choice keeper. So what changed? Well I know what many of you are going to say “Fulham are c#nts and didn’t want to do a deal with us” Well lets look at that again. We had a £2m bid for Schwarzer  in May, rejected and again a £2m bid rejected a few wks before the window shut.

Fulham did NOT get an improved bid from Arsenal for Schwarzer on deadline day.

I knew that we were skint, but didn’t think for one minute that we would fail to be able to afford to buy a 37 year old FULHAM’s keeper.

Its ridiculous that after everything that happened last season Almunia is going to remain our number 1.

We have had all summer to find a replacement, and a pitiful £2m bid for Schwarzer is the best we could do.

Its inexcusable, almost neglectful. We deserve better. Why didn’t Wenger make a move for Sebastien Frey or Maarten Stekelenburg? Oh that’s right, They would cost more then £2m.

I said weeks ago that we still needed 3 new signings [HERE] a GK and CB and a DM, and without them we wouldnt win anything this season. I stick to that.

Wenger also said we needed 5 CB. We only have 4 and one of them is Johan Djourou who spends more time off the pitch then on it. So bassically we have 3 plus Alex Song who can cover.

Wenger also said that Frimpong would save him a DM signing before his injury, So why didnt Wenger sign a DM player?

And with Robin v Persie and Djourou back in the treatment room who really thinks that our squad is stronger this season?

All Wenger has done this summer is trim the wage bill and balanced the books, but whats new?

Manuel Almunia should now get all our support, But when he makes a mistake don’t blame him.. Blame the manager who’s keeps putting him in the firing line

Sinbad – In Arsene we rust

[X Rated Video] Harry Redknapp “I’m no wheeler dealer”
Wenger needs to sit the kids down and give them a good telling off!