Should Arsenal Bring Song back To The Emirates? 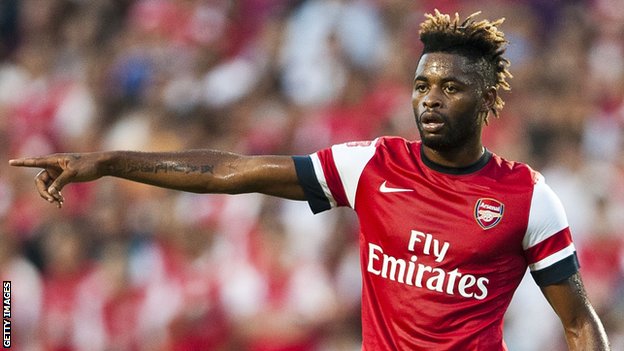 In The Summer of 2012 Cameroon International Alex Song left the Emirates after his best season in an Arsenal shirt to many a fans disappointment, he left for Barcelona for a fee of £15 Million and was never truly replaced. In the same transfer window Arsenal lost top goalscorer Robin Van Persie to rivals Manchester United and paid the price for not replacing the duo that between them provided 38 goals and 27 assists.

Alex Song by accounts was forced out of the club, a bid of £15 Million was submitted from the Catalan giants and before he knew it Song was at the Nou Camp signed, sealed and delivered. Song’s footballing career has taken a big hit and he has never rediscovered the form he has in the 2011/12 season where he provided a staggering 14 assists which for a holding midfield player is beyond impressive.

Song is currently on a season long loan at West Ham and it would be inconceivable to see him extend his stay past this season and he will more likely be using his time at Upton Park to put himself in the shop window. He was in fine form against Manchester City at the weekend putting in a Man Of The Match performance and helped his temporary club take all 3 points which was a surprise to many.

There was always a question mark over his discipline whilst playing in front of the back four but no-one can deny that at the age of 24 years of age he was a player in his prime and had repaid the faith that Wenger had shown in him, just to be cast out for a relatively low fee considering he had 3 years remaining on his deal.

The holding midfield role 2 years on is still a major problem for Arsenal and has not been sensibly addressed, there have been many a stop gap used. Abou Diaby, Mathieu Flamini and Mikel Arteta have been the most frequently used in this role unsuccessfully.

It would seem that the focus will be on a central defender in January and with Song’s loan to West Ham not expiring until the end of the season there would not be a possibility to make a move for the former gunner until the Summer. Song now 27 is the perfect age and has a lot more experience than before and could be acquired relatively cheap considering he is a million miles from Barcelona Coach Luis Enrique’s plans. Song is as effective as a central defender as he is a defensive midfield player and would be a more than a viable option come the Summer.

Pedro Emirates Bound?
5 Defenders That Arsenal Could Turn To In January