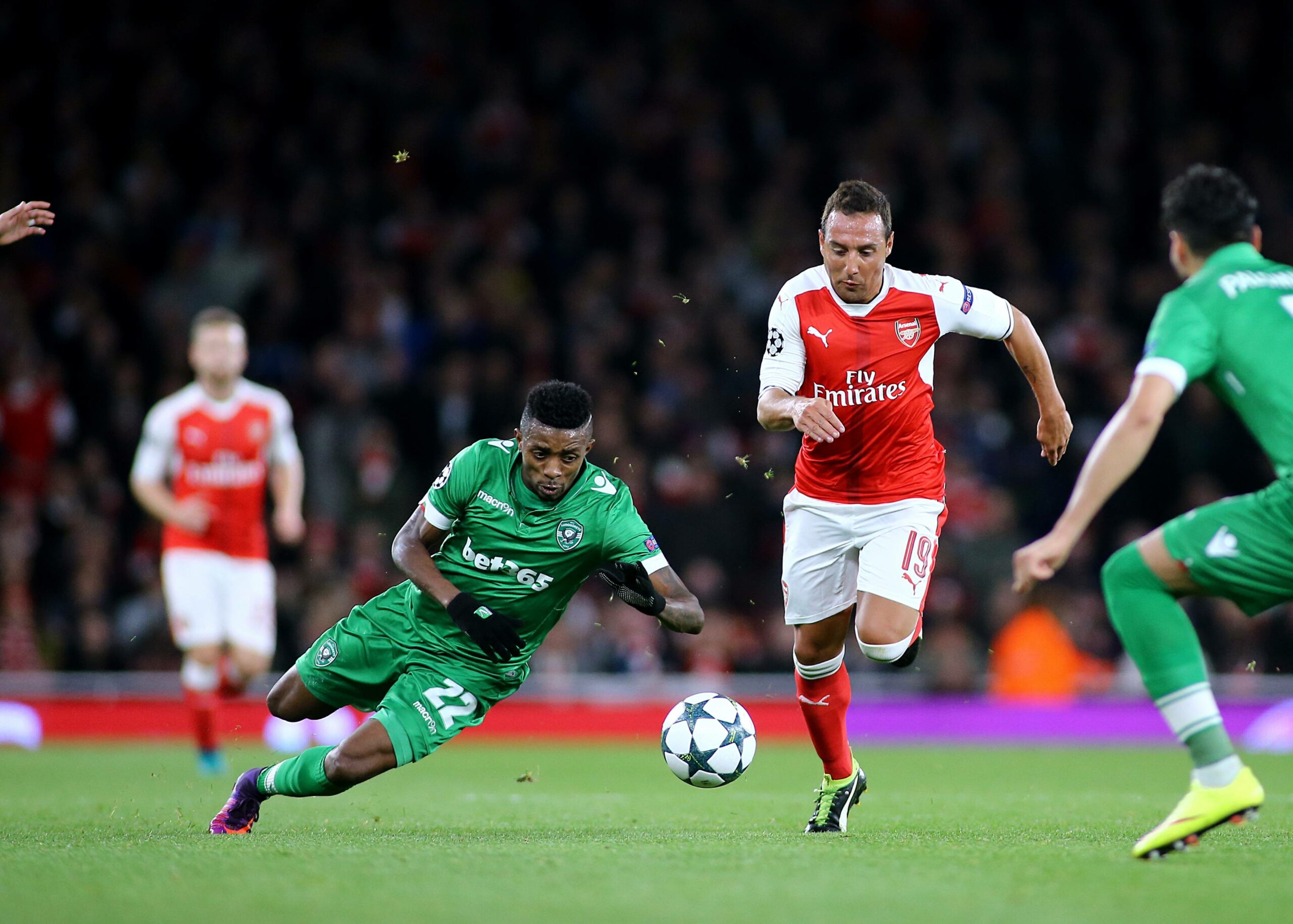 Santi Cazorla, the former Arsenal player who remains a beloved and cult figure at the club recently spoke to UEFA about his time with the Gunners.

The Spanish maestro played from 2012 to 2018 and had to leave North London after suffering multiple injuries towards the end of his tenure. During his time at the Emirates, the midfielder helped the club win some trophies and won over the fans with a combination of talent, skill and personality.

Now playing for Al Sadd in Qatar, the player was talking to UEFA ahead of the Europa League semi-final second leg between his two former teams. And when asked about the love that the supporters had for him, Cazorla said:

“I enjoyed myself the most in the Premier League. For me, playing at the Arsenal Stadium every fortnight was wonderful, in front of our fans in such a lovely and amazing stadium. It’s something I really miss because it’s a special feeling.”

Playing all across the midfield, the Spaniard wowed the Emirates with a dazzling array of skills and a smile that never went away. The Spaniard also told UEFA that he fully doesn’t understand why the fans love him so much. He added:

“I don’t know why the fans have been so good to me as I’ve only done what I did at every club, trying to do things the right way and bringing something to the table, and the love they gave and still give me is priceless. It’s unforgettable and it’s down to them that I’m such a Gunner.”

On the pitch, there were few like the former Villarreal man. Able to glide past players and also contribute defensively, he was a dream player for any manager. A lot of his success on the pitch was alongside current Gunners boss Mikel Arteta and their friendship still stands to this day.

Arsenal would really benefit from having another player like him in the squad as he can fill in anywhere. But it remains to be seen when the little magician will be back at the Emirates. He had earlier spoken about wanting a farewell match with the North Londoners, but that hasn’t happened yet. It would be a welcome return if he comes back, probably to join Arteta’s staff or something but if that happens, he will be welcomed with open arms.