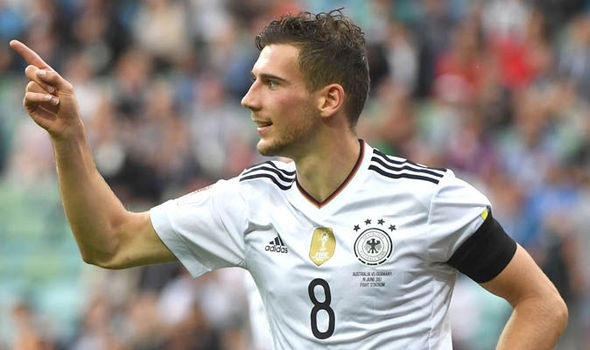 Schalke 04 and Germany international star, Leon Goretzka, will be out of contract this summer and Arsenal look determined to compete for the 22-year-old’s signature.

According to The Mirror, Arsene Wenger’s side are set to offer Goretzka a massive contract in an attempt to entice him to join Arsenal.

The report adds that should the forward prefer a move away from his native Germany, the Gunners may well stand a good chance of securing a deal for him, and Arsenal could be willing to offer spend big on his wages.

The midfielder signed for the Bundesliga side in 2013 from VfL Bochum and has since gone to register 125 appearance for Die Knappen, netting 16 goals and registering 13 assists – causing havoc for opposition sides with his strong driving force, endurance and passing range from the midfield.

Leon Goretzka is bright talent Arsenal should look to invest in and if choose to see out of his contract at Schalke and join Arsenal, he will join a host of Arsenal’s German players such as Mesut Ozil, Shkodran Mustafi, and Per Mertesacker, as well as former Schalke teammate Sead Kolasinac which will aid his adapting to playing life at the Premier League.