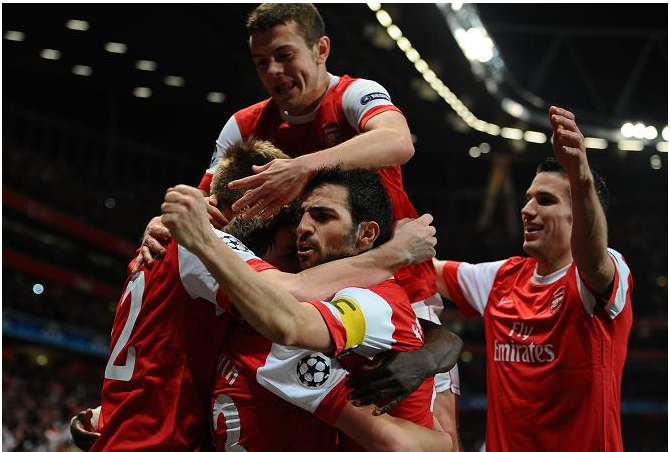 The Arsenal made a stirring comeback to beat Champions League favourites Barcelona on a night to remember at the Emirates.

It was a night we should all be proud of, our fans where amazing. The young players like Szczesny, Walcott and Wilshere played with heart, passion and skill. Our manager got the tactics right and also made 2 key subs.. It was the prefect night to be a gooner. For the first time since moving away from Highbury it felt like something special, and last night i got into bed with a warm feeling and cried with happiness. Lets hope this is the start of something big at the club.

But lets remember, we have won nothing yet. YES! it was a fantastic victory vs maybe the best team in the world. But we now have to go on and win something this season. And im sure that after we stop the rot and win something, this team with get the taste for it and keep going and more will come.. Enjoy this magical feeling my fellow gooners

Szczesny 8.0 : The youngman didn’t let us down. Was quick off his line and made 2 fine saves. And the way he celebrated the winning goal was something I will never forget. This lad will be the Arsenal number 1 keeper for years to come.

Koscielny 9.0 : Fantastic night, was outstanding and didnt put a foot wrong. Showed his pace and made a fine last ditch tackle. Won everything and looked a world class CB vs the best attacking team in the world.

Djourou 6.5 : Didnt have a great night. For me he was at fault for the Barca goal, He didnt go with Villa and was caught in no mans land. Also gave the ball away on countless times. But has played very well recently and I hope it was just an off night.

Clichy 7.5 : Decent game by our flying LB. Solid at the back and very dangerous going forward. His pass to RVP for the 1st goal was outstanding.

Eboue 6.0 : Poor game, Gifted the ball away in dangerous areas and got caught out positionally. Glad to have Sagna back for the 2nd leg.

Fabregas 7.0 : For me he didnt have the best of nights. Seemed to give the ball away alot for me and seemed to casual on the ball. Having said that his pass to Nasri was world class and also his little chip to RVP showed great vision. But certainly not at his best

Nasri 7.5 : Fine run and pass to set up the winning goal. At times the ball looked glued to his feet, great game by our player of the season.

Walcott 7.0 : Started the game very well. His paced worried them all night and made 3 great runs down the right.

A Song 5.5 : Booked early and then made a host of rash tackles. Was very worried that he would get sent off before half time. Even early in the 2nd half he went to ground and dived in for no reason. Seems like Alex is very clumsy. We cant afford to lose Alex as he is a fine player and we look more solid with him in the team. Just hope he watches the game and takes note.

Wilshere 9/5 : What an amazing night for young Jack. Up vs the best CM in the world and he didnt look out of place. If anything he stood out more then any other player on the pitch. Cant remember him giving the ball away all night. And some of the runs he went on was just fantastic to watch. Always picked out the right pass and won his 50/50 tackles. His best performance and what a time to do it. Well played son.

Van Persie 7.5 : Scored an amazing goal that only he could do. Worked hard with sometimes no support. Massive player for Arsenal at the moment. If he can stay fit Arsenal will win something this season.

Man Of The Match : Jack Wilshere 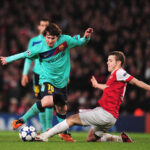 What is the point of Tomas RoSICKy?
The Wojciech Szczesny Celebration