[Ratings] Sorry Arsene but you only have yourself to blame… 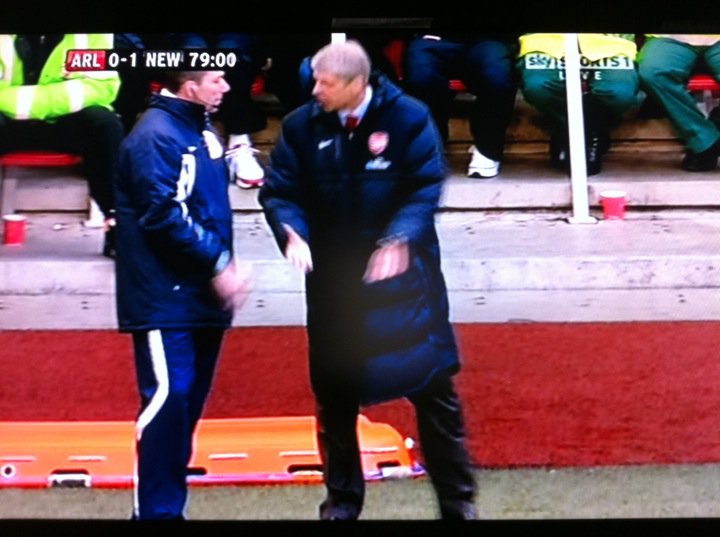 Back to back defeats… And now we have lost to 2 of the 3 promoted teams at HOME!!

So whats the problem?… Well if you want to point the finger at somebody you need to take a long hard look at our Manager.

The man who HAS money to spend and has refused time and time again. The man who cares more about making a profit then winning things. The man who puts his own agenda, ego and principles ahead of whats best for the team.

At the end of LAST season what did every Arsenal fan call for?

A new keeper and a powerful CB and a Drogba type striker… Well Wenger pushed the boat out and signed a CB for over £8m on unknown Koscielny. The same amount of money that spurs signed Van DerVart who has turned out to be worse then Senderos. Today we saw Koscielny receive his 2nd red card of the season, just like the Blackburn game he dived in and got done for pace by a striker when he didn’t need to. People might say its only his first season in English football? Well what about Vermaelen? It was his first season last year and look at the impact he had.

Chamahk isnt a natural finisher, today we AGAIN saw his lack of killer instinct when he was put thro on the age of the box and went for a pass. He is a striker, the only thing that should be going thro his head is hitting the back of the net. But the lad hasn’t got the power in his boots to do so.

And as for Fabianski, I’m not going to be 2 hard on the lad because he has done very well in recent games. But he is being asked to come for crosses because we don’t have that powerful CB and he is very weak at doing so. Great shot stopper, But he cant come for crosses and asking him to do so is wrong. The CB should be dealing with that.

So in everything that Wenger did over the summer he has been proved wrong. His signings have been poor, His decision not to sign a GK was wrong, His current 4-5-1 tactics he is sticking to is wrong.

Full credit to Newcastle today. They came and played 4-4-2 and had the guts to have a go and it paid off.

Sorry Arsene but you only have yourself to blame…

Debate this more on the forum : www.arsenalaction.com/forum/

Arsene Wenger accused of having secret affair with French rapper
Ashley Young to Arsenal in January?