[Ratings] Now we can concentrate on screwing the league up 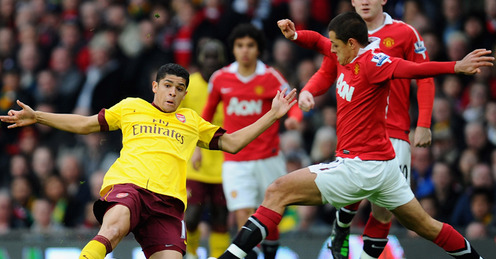 I have no doubt that the AKB will tell us how unlucky we are, and how injuries and refs have cost us….again

Sad fact is that Wenger had the chance of signing players in the summer to help push us on ALL fronts! For whatever reasons Wenger decided in his wisdom not to… again

And now yet again our season is falling apart, In 2 weeks we have gone from winning the quadruple to now just the league and thats with a bunch of players stripped down to the bare bones.

Wenger has brought much of this onto himself, his lack of spending and unwillingness to bring in new players is eating away at this club like a cancer. Someone PLEASE remind me why we didn’t buy a CB in January?.. Oh yes that’s right, Because TV5 was due back “soon”… I’m sorry lads but IF only Wenger had gone out and signed 2 players in January i strongly believe that we would have been TOP of the league and still in the FA cup and Champions league… and would have WON the Carling Cup final.

But its not just about Wengers lack of spending, its also his tactics. With no Cesc who would you play in the CM role behind the strikers?.. No doubt 90% of you are saying Nasri. But Wenger uses Rosicky and today the same player he used as a DM vs Barca DIABY!… I just cant understand it? Why is Wenger so in love with this 4-5-1 when it clearly NOT working.

I really feel sorry for Jack Wilshere. he has just got into the team and is desperate to play well every game and yet he has to play with these f*ckers who earn a fortune and have no passion.

We have a good core of first team players but when injuries are inevitable (as they are these days) the other players should be worth their wages (Rosicky, Denilson, Diaby, Chamakh)

Some of our players have neither exceptional ability or strength and fight. To be fair to the Utd players they make up for their lack of ability with passion and desire – things that Wenger claims we have.

So thats it, now we can concentrate on screwing the league up… God help us

Almunia, 7.5 [Nothing he could do with both goals, made a few decent saves]
Sagna, 6.5 [Put in a great cross for Chamakh, played well]
Djourou, 5.5 [At fault for the first goal, should have stepped up and played the offside. Looks like he is now out for the rest of the season after being carried off with a shoulder injury]
Koscielny, 7.0 [Played well and was very unlucky not to score]
Gibbs, 4.5 [Was all over the place. Fabio got in front of him time and time again, and defensively was a joke]
Denilson, 5.0 [ By his standards he was awesome ]
Wilshere, 8.0 [ Fantastic again, I hope he gets the armband when Cesc leaves in the summer ]
Nasri, 7.0 [ Needs to be more direct, seems like he isint enjoying his game at the mo]
Diaby, 4.0 [ What is he? is he a DM player or attacking?. Whatever he is he isnt good enough]
Arshavin, 5.5 [ Not happy with life at Arsenal thats clear ]
van Persie 6.5 [ No support, But worked his magic and tested VDS a few times]

Chamakh & Rosicky 2.0 [ Missed  sitters, when you need goals you bring on this pair of clowns to win the game..What chance do we have]

[Ratings] ZERO attempts on goal? Wengers tactics to blame
Are Arsenal on the verge of greatness?