[Ratings] Its Buy Buy Arsene or its Bye Bye 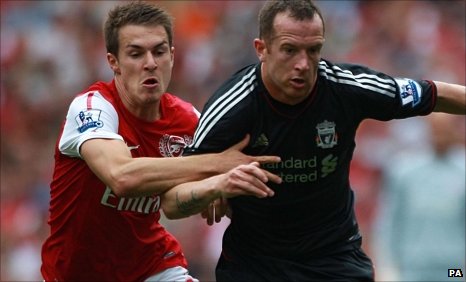 “If you fail to prepare, you’re prepared to fail.” Arsene Wenger has had ALL summer to sign players, we have all said that this current team is lacking in quality and is weak in certain areas and all hoped that Arsene would go out this summer and address our worries and we would be ready to fight for the title come the start of the season.. WRONG!

All summer Arsene has been indecisive in the transfer market and taken way to much time in closing deals and with that we have missed out on players and have gone into the start of the season unprepared and weaker then last season.

With only 3 games played we are down to barebones with a host of kids called up into the first team like Jenkinson,Miquel,Frimpong, & Lansbury.

Dont get me wrong I rate all of them players but asking them ALL to step up and play in the “SAME TIME”  is asking why to much.

I know that some people will point out the injury list and say this is just back luck. Well its not!

Gibbs has never played more then 5 games in a row without picking up and injury in his life. Rosicky, Johan, Diaby ALL have a long history of long term injuries. YOU CANT RELY ON PLAYERS LIKE THAT!

We all know that RVP is also in this list and if he or Vermaelen picked up a knock then this team would be nothing more then a shambles.

2 league games gone without scoring a goal and picking up 1pt with Man Utd next, a tough 2nd leg in Italy with a host of players out injured or suspended, Arsene has some serious work to do this week, my only fear is that the damage has already been done.

Our dealings should of been done a very long time ago and allowed the new signings time to gel and work as a unit.

Now we are going to be panic paying over the odds and then expect a magic cure as we throw them into the deep end and assume its going to be a perfect fit. New players need time to settle and adjust, Arsene knows this so why didnt he address this sooner?.. I fear that our season come next week will be over before its even started!..Well done Mr Wenger and Gazidis.

At the start of this summer we had around £30m to spend as our transfer budget, Not a great amount compared to others I accept. However, with the sales of Cesc, Clichy, Eboue, JET and by loaning out the likes of Denilson and Vela, we must now have around £50m in the kitty.

So why in gods name is Arsene not spending it?

Today the fans again sang “Spend some f##king money and directly to Arsene “You dont know what your doing”  We had hoped and trusted Arsene to get it right this summer after letting us down in the last few transfer markets. But he let us down BIG time and the fans are justified in booing at the end as they have done today.

Why do we understand that he is trying to sign players from France on LOAN? Why hasnt he signed a CB in Gary Cahill, Why not Scott Parker? Why did he take him so long and we missed out on players like Mata, and Alvarez?

Im sorry to say this but its clear to everybody that Arsene has lost the plot. His principles and lack of spending have ripped this club apart, his stubbornness to sign players shows nothing more then an unwillingness to accept he was wrong and others are right. Arsene has done so much for this club, But that was and is history. We are dealing with the problems of today and he is unable to address them problems.

Szczesny 8.0 : Played very well and was solid and confidence. Nothing he could do with both goals.

Jenkinson 6.5 : Alot to ask the kid and at times his age showed. But he worked hard and didnt let us down.

Vermaelen 8.5 : Fantastic and won his battle with Andy Carroll, the leader in a weak back 4!

Miquel 6.5 : Came on after 15mins to replace Kos and didnt let us down. very hard for any player to come in during this time and into this team.

Ramsey 4.0 : I have to be honest, on this show he isnt in the same league as Cesc and looks weak and needs players around him to grow. Just like Cesc did.  But this team doesn’t have the big players around him. Ramsey is playing next to kids.

Frimpong 7.5 : He is an animal, won so many 50/50 tackles and was like a mini Essien. But he needs to calm down, after getting booked after 7mins the red card was waiting with his name on it after jumping into so many tackles he was always going to get 1 wrong. But I really like him. Didnt bottle it and showed alot of heart!

Walcott 3.5 : So poor, Lost the ball so many times. Nothing good on a positive note.

Nasri 6.5 : What can I say, our best player going forward and didnt let the team down. Played with heart and passion. If this was his last game for us we have seen a world class player play for this club. Shame we didnt reward him sooner and have allowed this to happen.

Arshavin 3.0 : Just like Walcott, Lost the ball countless times and didnt give us anything going forward.

Van Persie 6.0 : No support and this 4-5-1 system isnt working well for the team and for me not working for RVP. Needs help and is trying to much on his own.