[Ratings] Arsenal’s winning run is over 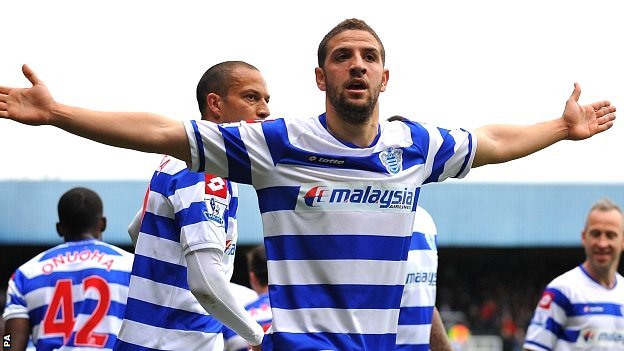 QPR collected a valuable victory in their battle against the drop and ended in-form Arsenal’s winning run (get the latest odds on Arsenal’s title chances next season from FREEbets.org.uk).

An off day for the gunners or was this the return of the Arsenal that we have seen for half the season before this little winning run?

Personally I feel Arsene some tactical mistakes yet again in playing Ramsey wide left from the start. WHY!!!… When you have the likes of Oxlade-Chamberlain and Gervinho fit and on the bench? it brings back memories of when Arsene played Bendtner, Baptista and Diaby on the wings.

Today our passing game was all over the place. Song, Ramsey, Rosicky gave the ball away countless times and Van Persie had no support or service.

Defensivly we looked back to the Arsenal of odd. Zamora had his usal good game and was bulling the CBs.

NOW its going to be a fight for 3rd and 4th place, with touch games vs City and Chelsea to come we cant drop points vs teams like this at this stage of the season.

Arsenal Ratings
Szczesny 6.0 ( Nothing he could do with both goals. Was let down around him by poor defensive cover )
Sagna 6.0 ( Didnt have the best of games and gave us nothing going forward )
Vermaelen 4.0 ( At fault for BOTH goals and lost his cool a few times. His worst game in an Arsenal shirt )
Koscielny 5.0 ( Bullied by Zamora again. Poor show )
Gibbs 5.5 ( Didnt cover himself in glory for the 2nd goal )
Rosicky 5.5 ( Got his new contact and now back to his old poor self )
Arteta 6.0 ( Looked tired and was playing to deep )
Walcott 7.5 ( Scored our goal and looked our most dangerous player )
Ramsey 4.5 ( Was asked to play on the left wing? Dont ask me why? Didnt stick to the left and was all over the place )
Song 5.0 ( Lost count how many times he gave the ball away )
Van Persie 6.0 ( No support at all, 3 games without a goal now )

Video – 15year old RVP “My dream is to play for Arsenal”
Photo – Did Van Persie have dinner with a Man City delegate last night?