[Protest] Hill-Wood, Gazidis, Wenger.. OUT OUT OUT!! 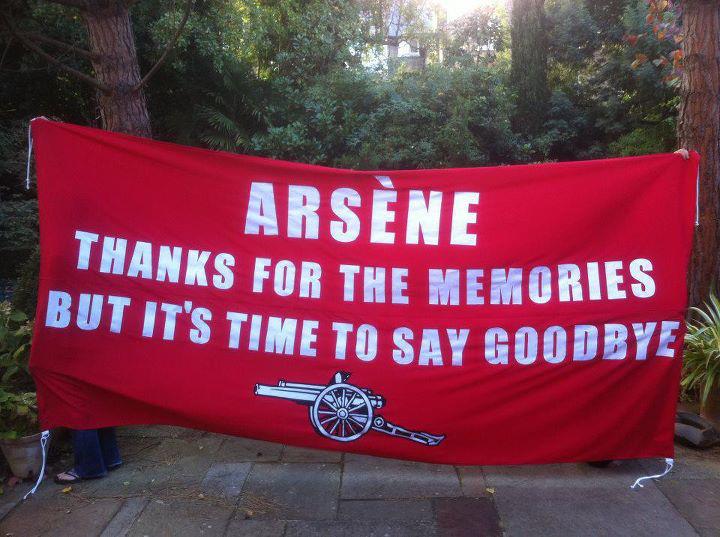 Before I say anything I would like to say that Im old enough to remember the days under Terry Neil and remember the good and the bad times. I’m grateful to Arsene for everything he has done, the football and memories of the “past” will stay with me forever. He should of been remembered as one of the greatest!

There comes a time when you just have to say “enough is enough and we need fresh ideas” and my friends that time is NOW!.. We cant keep hoping that Arsene will lead us back to the glory days when its clear as mud that with every game that passes Arsene greatness is slowly turning into madness.

This is the man who took us from 49 games unbeaten and the best team I have seen, but over the last 7 years he has slowly ripped the team apart and sold great players off and replaced them with cheap kids or rejects. Arsene has shown no ambition in the transfer market and refused time and time again to sign the players we needed. Players like Scott Parker who many of the Arsenal backroom staff wanted and was a snip at £5m. Wenger turned his nose up. Again with Samba and Cahill, Wenger was told by many around him that they were the players we needed. Again Wenger didnt want to pay the asking price. Juan Mata,Smalling and a host others, Wenger faffed around trying to get them on the cheap and missed out. But instead Wenger put his faith in players like Chamakh, squillaci, Almunia, Denilsom etc etc etc. Players who were clearly not good enough for Wigan but somehow made it at Arsenal.
In the transfer market we are a JOKE!… Sell high and buy low.. £17m in profit only this summer. Wenger looks at the transfer market with disgust, and when other managers look to bring players in to improve, our manager sits back and smiles at the bank balance.

Tactically Wenger is getting it wrong also. From subs that have Van Persie and the fans shouting out “NOOOO” and “you dont know what your doing” to the failing system that was designed only for Cesc.

ITs time for a new face, new ideas, new tactics..

But every time I say this i get verbally attacked with “F@ck off and die your not a real gooner, your a spurs fan”.. Well let me tell you something. if you are a 15 year old and only know life under Wenger you would feel that the club would end the day Wenger walked. No doubt you feel the club was founded in the 90s by a Frenchmen called Arsene and the club was even named after him. Well sorry to break the news to you but Arsenal was already a massive club before Arsene and we won titles, doubles, Fa cups, league cups and also cups in Europe. This is Arsenal FC and not Arsene FC.

I know Arsene is not totally on his own to blame. But he picks the team. the tactics, has full control to who comes in and out the club so he needs to take most of the blame. But also the backroom staff and people at the top need to go. I’m taking about Hill-Wood and Gazidis. The people who look at this club as if its a loyal farm. our players are cattle, we sign them young with the dream of selling them on at a later age for a huge profit. That has now become the Arsenal way and that is why we are now 7th in the league 12points behind the spurs and that is why we have not won anything in 7 years.

Things need to change and now. that is why 1000s of Arsenal fans will attend the game 2morrow with black bin bags and protest. Since this was leaked on twitter and was published in the press its been 50/50 to which gooner you are. Some support and some agree with more verbal abuse towards the fans who want to see change.

You cant blame the fans for protesting, How much more of this do we have to put up with? If only we stayed at Highbury and didnt sell our souls to the devil in the hunt for greed would we have had the need to sell our best players to our rivals and sign players on the cheap?

Fans like me have had enough, and if you want to go ahead and call me plastic or a spurs fan you crack on. All i know is this, I love Arsenal and i have done since my father took me over highbury in the 80s. But I cant take no more of the lies and bullshit. I cant just sit back and watch my beloved team turn into a club that has to sell its best players and is happy with finishing 4th. Things need to change at Arsenal and by protesting it might not do much but at the very lest we are showing the board and manager that we are worried and want things to improve. And if you cant see that this is a good thing then you are almost as confused and lost as the current manager.

Bring your black bin bags and show the club that things need to change.

Its time for Arsene Wenger to leave Arsenal
First it was Benzema and now its Hazard. More lies and Spin