[Prediction] Arsenal to finish outside the top 5 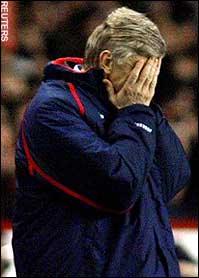 [Prediction] Where Will Arsenal Finish The 2010/11 Season?

With only a few days till the big kick off for the new 2010/2011 season, Now is the time to do your end of season pedictions.

Who will win the league?, Who will go down… And of course, where will Arsenal finish?

23% of our members on the forum think that Arsenal will finish 3rd, Do you agree – [Here]

Personally I fear that this coming season will be our worst under Wenger. I can see us finishing outside the top 5 and out of a Champions league place.

My end of season Prediction

Why?….Well, Lack of signings “But whats new”… With our current back 4 and GK we have no chance. But we knew this last season. Shame Wenger didnt address this in the summer. Long season ahead lads, and its going to be a painful one… But I hope Im wrong.