[Poll] is it time for Arsenal to replace Pat Rice as Wengers right hand man? 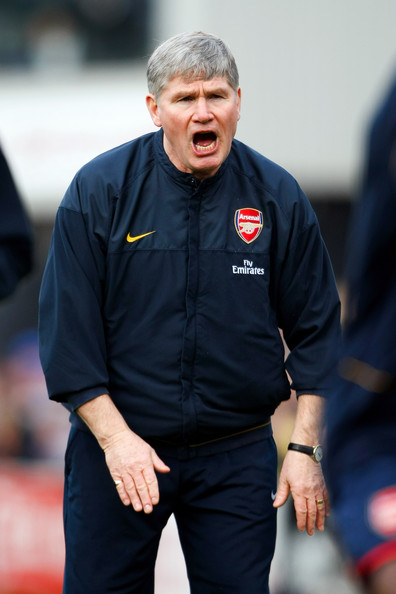 There has been a LONG debate on our forum about this subject.

Is it now time for Arsenal to replace Pat Rice as Wengers right hand man?

There was some reports last summer that Pat Rice was considering retirement?, this was followed by a officaial statement on Arsenal.com

Contrary to media reports this morning, Arsenal assistant manager Pat Rice is NOT considering retirement at the end of the current season.

He remains a key part of Arsène Wenger’s backroom staff is currently helping prepare the team for trip to Manchester United on Saturday.

But many members of the forum feel that a shake up in the coaching staff at Arsenal is just what the team needs to move forward. Some fresh imput and some much needed defensive tactics. Some have even put forward Martin Keown as a future number two?

If you look at Man Utd over the years under Ferguson they change the number 2 every 2/3 seasons just to bring in new ideas. The have had Steve McClaren,Brian Kidd,Carlos Queriroz and now Terry Phelan. If a manager is at a club a long time like Ferguson and Wenger you need to freshen things up like Man Utd have done over the years to keep the players on there toes.

But then again some might say that Pat Rice is the perfect number two for Wenger.Rice will never undermine him or try and become the number one at Arsenal.A manager needs to have trust in his number two and Wenger has that with Pat Rice.

But what do you think?

You can debate this more in this thread of the forum