Ospina Has made The No.1 Spot His own 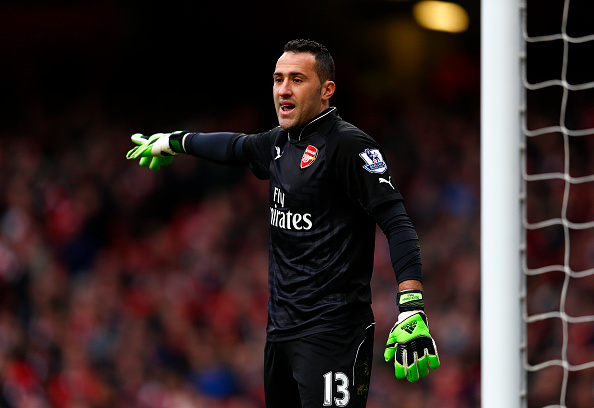 Not many Arsenal fans knew a great deal about Colombian international No.1 David Ospina prior to his move to the Emirates, after some impressive keeping displays in the World Cup the signing of the former Nice player was a no brainer for such a nominal fee.

Ospina has only featured in 3 Premier league games so far this season but looks to have made a successful case for him being Arsenal’s permanent No.1, in those 3 appearances he has kept 3 clean sheets he could honestly do no more to showcase his ability. His emergence has installed some confidence in the back four which has seen the defensive performances improve no end. The 26 year old is a rarity in world football, he likes to catch crosses which is something that seemed a bit absent from your average top flight goalkeeper. He has all the attributes to be Arsenal’s No.1 for the long haul, he excels at crosses and as he has shown in recent weeks he is an exceptional shot stopper and his distribution is up there with the best as was shown for Arsenal’s third goal against Aston Villa on Sunday.

The Colombian is already a fan favourite and his Polish counterpart Wojciech Szczesny will find it difficult to regain his place with Ospina in such fine form. It may be too early to say whether Ospina is the real deal and admittedly he is yet to face a real bombardment from opposition but the early signs are good. In previous games with Szczesny in goal Arsenal’s back four have looked nervous which would be a worry for fans going into a big game. I would very much doubt that the 2-0 win at Manchester City would have happened without Ospina between the posts. Szczesny has shown that he has a clanger or two in him, especially on the big occasion which has been one of many reasons why silverware has been so hard to come by for Arsene Wenger over the past decade.

With links to Petr Cech hotting up over a possible Summer move to the Emirates the writing could be on the wall for Szczesny who may find game time very few and far between over the coming months.