Oh how the mighty have fallen. Wenger must go 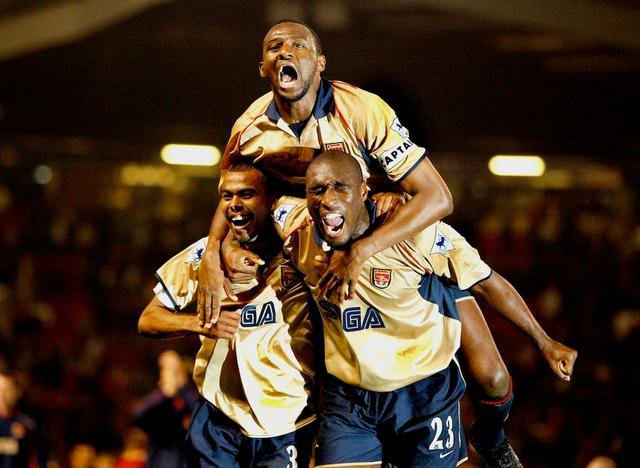 So, as us Gooners lick our wounds and reflect on another disappointing football season, we are left to try and comprehend how our once so great Arsenal has been allowed to deteriorate over the years into a mentally frail side, who every other team in the Premiership fancies themselves to take points from – be it home or away.

As many people who know me will tell you, I have, over the years, gone from being Arsene Wenger’s biggest fan, to being someone who absolutely despises the most successful manager in Arsenal FC’s history – and I know for a fact that I am not the only one. This wasn’t an overnight, fickle decision made by some plastic fan off the street; but more of a build up of season after season of disappointment and excuses, failure to replace the big players who chose to leave, and a lack of signing well known, established players, who us fan’s have heard of, and don’t have to spend time looking up on Youtube.

There is certainly no denying that Arsene Wenger is a world class manager, but he is also a prisoner to his own policies, and also has an inability to see that maybe he or his players are actually to blame when we lose. But I mean, let’s not forget, that such great players as Patrick Vieira, Thierry Henry and Cesc Fabregas owe their careers to him, and without Wenger, there certainly would have been no Invincibles side. In fact, I am a firm believer that Wenger should have walked at the end of the 2004/5 season – the season our infamous 49 game unbeaten run came to an end, and we won the FA Cup, our last trophy to date. Doing this would have ensured he be remembered as one of the true greats of the game, whereas now, every trophyless season is just another taint on his once so glorious name.

A few weeks ago, I received the usual Arsenal membership renewal letter, which contained some sort of speech supposedly written by Mr. Wenger himself – the letter contained no sign of an apology to the fans for the gutless performances the side produced this season, but instead contained a lot of waffle about how Arsenal always have, and always will be ‘moving football forward’ or something along those lines (I would refer to the hard copy, but I binned it shortly after reading it). The whole thing just reeked of desperation. It was almost as if that for the first time in years, Wenger & Co. were genuinely worried that Arsenal may struggle to get a full house on match days.

I could go on forever on this whole subject, but for now I shall leave you with this. Arsene Wenger done a fantastic job in first half of his career at arsenal, and for that we can only be grateful, but 6 seasons without a trophy just strikes me as someone who has either, over the years, lost site of what is actually required in a team capable of winning the premiership; or, that he has became way too comfortable in his post at Arsenal, is no longer motivated to do the job to the highest standard, and is more than happy to stumble our way through the season as long as we finish in the top 4.

Either way, I am calling for time on the Arsene Wenger era, and hoping for a new manager with fresh ideas to come in, stop the rot, and restore us back to being the once so great and feared side we once were.

” Would you like to post an article on our site?.. Got something on your chest and want to have a rant? Everything Arsenal related will be published and full credit will go to the author. Email your article to arsenalaction@live.co.uk “

Transfer window about to open. Who will come and go?
Zzzzz Wenger sleeping,different summer same Arsenal