Oğuzhan Özyakup in talks with Besiktas 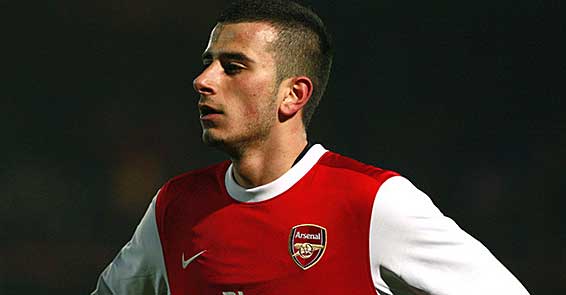 Reports in Turkish today confirmed that Besiktas club officials have started talks with Arsenal about a deal. At this time its unclear if this deal would be a loan or permanent move?

Ozyakup is very highly rated inside the club and has been at Arsenal since he was 15 but has yet to make the step up into the first team.

The 19-year-old who was born in Holland has now officially declared for Turkey and hopes to eventually force his way into the Turkish national squad.

“I decided now because for a long time it has been in my head that I have two nationalities,” Ozyakup told Arsenal.com. ”

“My parents are Turkish but moved to Holland a long time ago. It was a hard decision because I have played for Holland since I was 15.

“I spoke to loads of players, my parents, my family. They just said that it was my decision. A national team is not like a club, it is a country and you have to choose who you feel the most for.

“My Mum and Dad always said to me that it didn’t matter who I played for, but I know deep in their hearts they wanted me to play for Turkey. But it was my decision overall.”

We will keep you updated on this and all the summer transfer news on Arsenal Action.

Video ; 7 years ago TODAY. Arsenal won something
Could the signing of Afellay convince RVP to stay at Arsenal?