Not quite right: Mesut Ozil and Alexis Sanchez missing from Arsenal squad photo ahead of clash with BATE Borisov 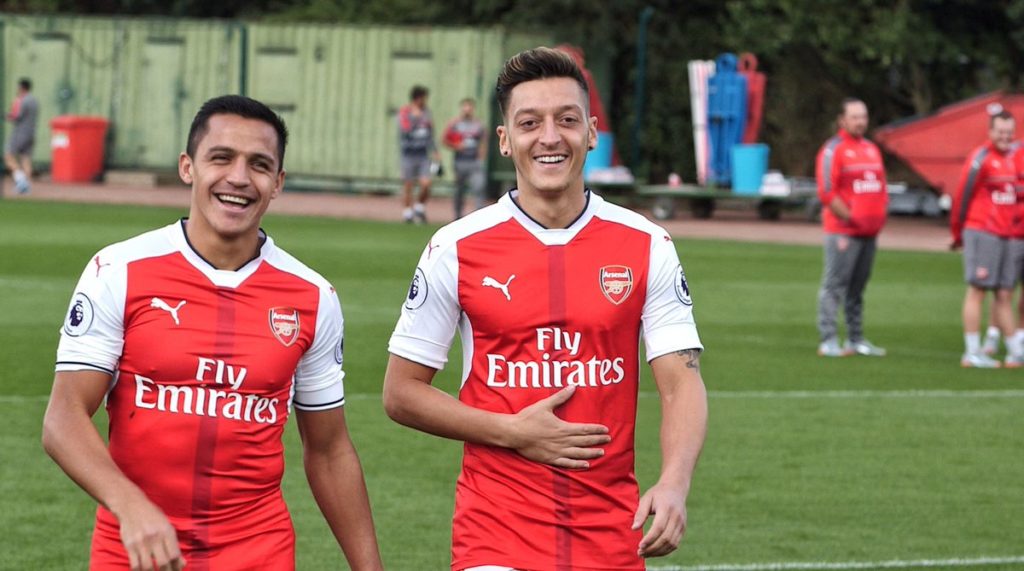 Arsenal are gearing up for their Europa League clash with BATE Borisov on Thursday at Borisov Arena, Barysaw.

Arsene Wenger’s side have travelled to Minsk without ten of their first-team players for the clash against the Belarusian football team.

Speaking ties, the Emirates outfit have been getting suited and booted in a squad photo ahead of the match. But the fans have noticed that TWO big names are missing.

Can anyone guess who? Yes, of course the two big names missing in the squad photo is Mesut Ozil and Alexis Sanchez. Those who have looked at the photo closely would have also spotted Santi Cazorla and Francis Coquelin is also absent – however the duo are currently sidelined to injury so their omission is more understandable.

It’s unclear as to why Ozil and Sanchez are missing. The duo have entered the final year of their contracts at Arsenal and have been tipped for moves away in January.

Arsenal fans on Twitter are bemused by the whole thing…

So this is de squad after January transfer window??? 🤔🤔🤔🤔 pic.twitter.com/c0mW9nOxJ1

Wenger on Walcott: "He is focused, determined, hungry & is always in the squad. He doesn’t talk a lot but he works very hard" #Arsenal pic.twitter.com/1RmZ8pJdtb

This squad is strong enough to win a treble hands down #afc #arsenal pic.twitter.com/C5me08YmU4

Arsenal getting use to life without Ozil and Sanchez. 😶

No Ozil and Sanchez in the picture https://t.co/AtJuvInRm8