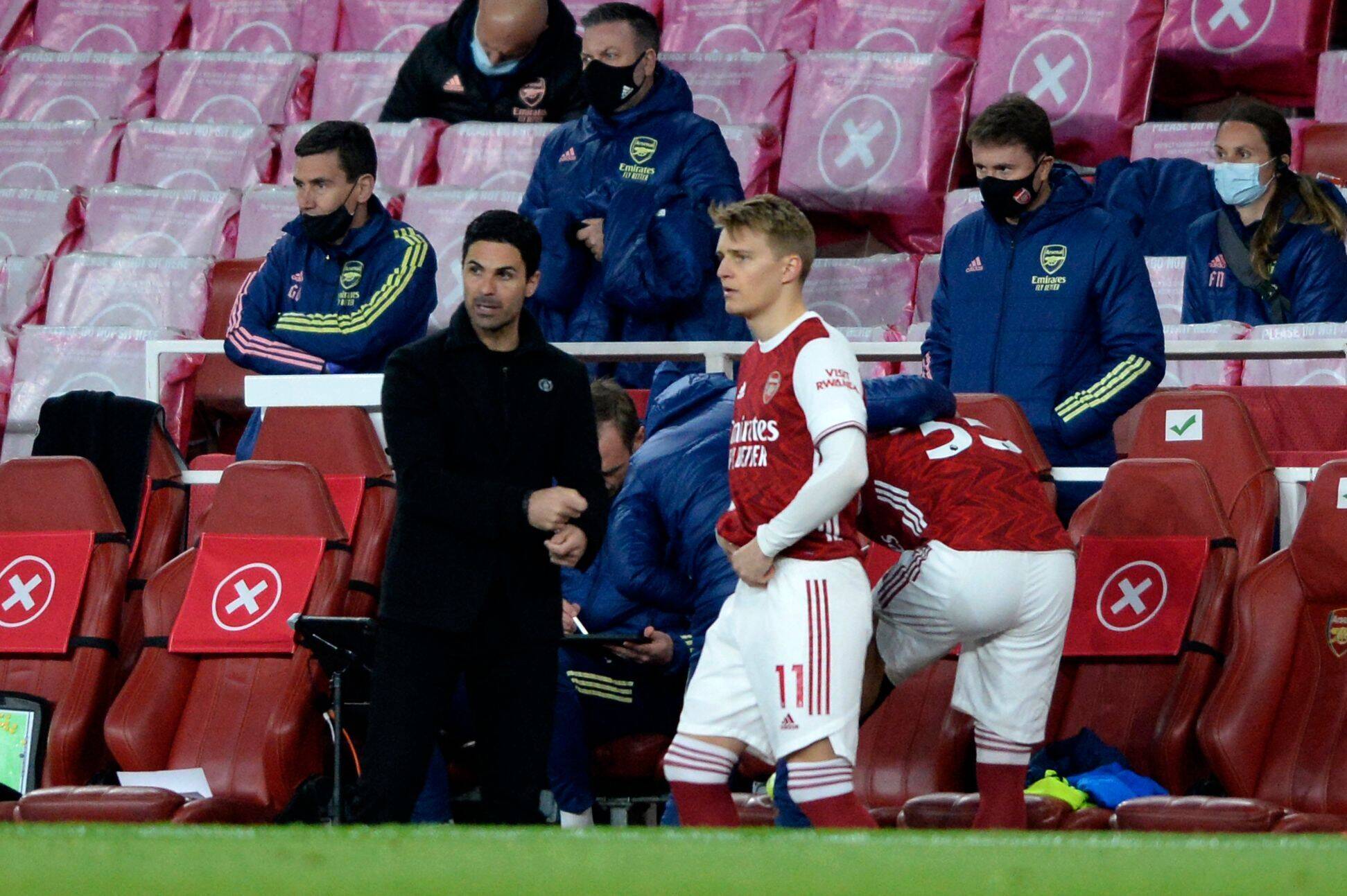 Before Arsenal face Chelsea on Wednesday, Mikel Arteta sat down for a press conference and revealed about the club’s transfer plans this summer.

After another disappointing season domestically and in Europe, it is necessary for the North London club to improve the squad. With the summer transfer window not far away, the club should be proactive in identifying their targets and establishing contact.

One of the major topics spoken about during the press conference was transfers both in and out. When Arteta was asked about plans for the summer, he told(as per Arsenal’s official website):

“We’ve been sitting down the whole year. We’ve been in constant communication and things will change, some things will stick to the plan that we already had, and some other things will come out. But we sit down very, very regularly to talk about those things.”

It could be a case of the North Londoners having to sell players before they can purchase any of their targets. When the manager was queried on this, the Spaniard added:

“I don’t think it’s completely like that, but it will restrict and alter some plans in relation to what happens with one or two.”

Another point of contention was whether contracts would have to paid off like the club did in January. To this, Arteta told:

“I don’t know where the summer will take us. I think every situation will be different and hopefully we are not in that position anymore.”

Given the current COVID pandemic, the transfer market will be a lot different compared previous years and the club will have to be alert right from the get-go. It is important for the club to have a plan and they would have to make a list of players they can target along with their alternatives. This will be the only way the Gunners can outsmart their competition. Unlike a Chelsea or a Manchester City, there are no huge cash reserves so being smart is paramount.

Arsenal would also have to take a decision on who they will sell in the summer. Whatever cash that is generated from these sales can then be used to strengthen the overall squad. There are a lot of players being linked with a move to North London so, it will be interesting to see who will be wearing the red and white next season.