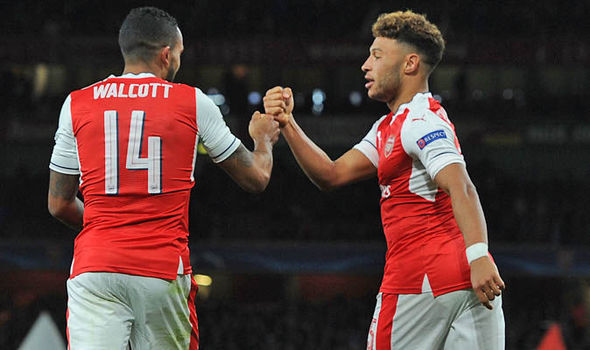 Ex-Republic Ireland manager and captain John Giles claims Arsenal have suffered this season – due to the poor form of three key players.

With just two wins from five matches, Arsenal currently sits in 12th place in the Premier League table, in what has been an uncertain start to the season for the North London side. With poor losses to Stoke City and Liverpool, we find ourselves well off the pace of the title front-runners in Manchester.

Player turned pundit John Giles attributes this poor start to three players in particular. When speaking to OffTheBall, the former Republic of Ireland manager claimed that he saw some huge improvements in our goalless draw with Chelsea due to the absence of Mesut Ozil, Theo Walcott and former Arsenal player Alex Oxlade-Chamberlain.

Notoriously collapsing in the big games, Giles identified his reasoning behind the strong performance: “One of the reasons it didn’t happen – There was no Ozil. There was no Chamberlain. There was no Walcott in the team. I think they have been three of the main culprits of why Arsenal haven’t done well. There was a good team spirit about them and a sense of purpose about them.”

Sighting the exit of Chamberlain, who joined Liverpool for £40m this summer, Giles criticsed the England international’s lack of ‘purpose’, saying: “I know Chamberlain has gone to Liverpool now, but he played quite a while for Arsenal. Those three players have been the three main culprits in not having the sense of purpose, that they showed last weekend.”

Arsenal looked more aggressive and competitive against Chelsea last Sunday, which the pundit pointed out in his comments: “There was a team spirit about them and a will to do ‘it’. That’s your starting point. I don’t think they ever had that will with Ozil playing as one of the main players, and Chamberlain, and Walcott for that matter.”

In hindsight, Mesut Ozil has been subject to a lot of criticism for his lack of a defensive work rate. The Germany international omission from the side in such a game against the Blues was a statement of intent by Arsene Wenger for the former Real Madrid midfielder to raise his performance levels up. As we are set to face West Brom on Saturday – it will be interesting to see if Ozil is left out of the starting XI once again.