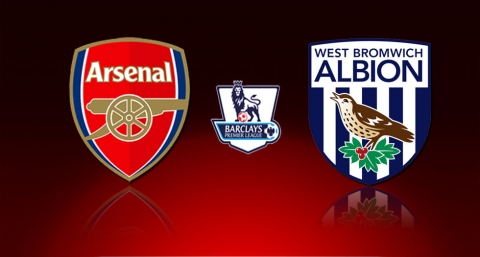 It’s the penultimate game of the season for Arsenal and West Brom as they take to the pitch on Sunday lunchtime at the Emirates to play for their own respected battle in terms of league places.

A victory against West Brom could secure 4th place for the Gunners this season which isn’t the ideal end after being top of the league for a consistent period of time but it’s one that become typical for Arsenal, fighting it out until the bitter end for that infamous Champion’s league spot. A lot of people see it as if it is an achievement but it’s only an achievement if you can compete for the trophy to best of ability the following year and Arsenal don’t seem to appreciate that Champion’s League football needs Champion’s League players.

Arsenal have played much better over the last few weeks, we always do at this part of the season because that when it matters so much but it is also to do with having a fairly fit team after the return of Ramsey and Ozil who have both made a huge difference. We had a lot of injuries in March and this took it’s toll on our results but we have picked up the pace.

We always play really well against West Brom and I don’t think this week will be any different, they have improved under new coach Pepe Mel but I think our midfield are very good at containing their attack and that is generally what wins us the game. We have to maintain possession and counter attack as often as we can and watch out for Amalfitano who is on fine form.

West Brom are fighting it out at to escape relegation so they also have something to fight for too so there is no room for underestimation in this game.

Jack Wilshere and Kieran Gibbs are both close to match fitness but will miss the West Brom game, Diaby is still not match ready and Sagna faces a late fitness test before Sunday.

If you are attending the game on Sunday please take part in the protest against ticket prices, it’s a fight for a more affordable game for us.