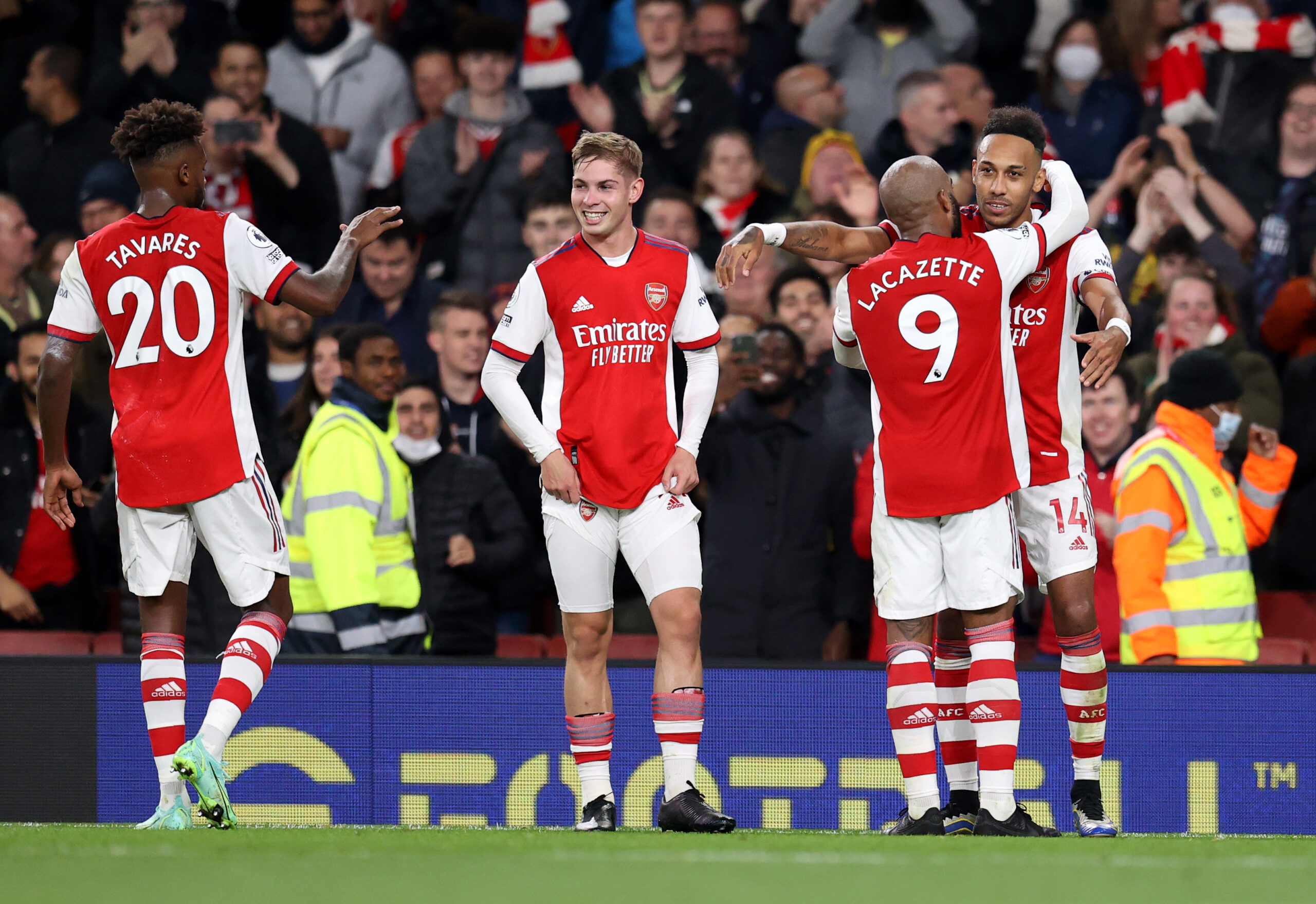 Arsenal will be looking to pick up where they left off before the international break when they take on Liverpool in a heavyweight Premier League fixture on Saturday.

Not even the die-hard Gunners fans could have hoped for their side to take this trip to Anfield sitting only two points adrift of fourth-placed Liverpool.

That’s due to Arsenal’s dreadful start to the season that saw Mikel Arteta’s side lose their opening three Premier League matches by an aggregate score of 9-0.

However, the Spaniard has managed to turn his team’s fortunes around on the back of September’s international break, with the Londoners now taking the field unbeaten in their last eight league games (W6, D2).

Seeking their first top-four finish in the Premier League since 2015/16, Arsenal will be keen to prove their Champions League credentials against bitter rivals.

It means that a potential victory over Liverpool would see Arsenal level their Premier League record against last season’s top-five sides this term.

The betting promotions from UK bookmakers this weekend have heavily focused on this game. Can Arsenal defy their ‘Anfield jinx’ and get an unlikely away win against Liverpool? The odds and history suggest otherwise.

Arsenal have lost their last five Premier League visits to Anfield by an aggregate score of 18-4, conceding 3+ goals in each defeat in that run.

What’s more, since beating Liverpool 2-0 on the road in September 2012, the Gunners have gone winless in their subsequent eight top-flight meetings away from home (D2, L6).

They have conceded an average of 3.5 goals per game during that eight-game spread, which is a stark contrast to their recent defensive performances on the road.

Jurgen Klopp – The Man to Beat

Since taking charge of Liverpool in 2015, Jurgen Klopp has lost just one of his 11 Premier League matches against Arsenal (W7, D3), averaging 2.18 points per game in that stretch of games.

Only last season, Klopp’s Liverpool won both top-flight clashes against the Gunners by multi-goal margins, scoring precisely three goals on each occasion while conceding just one in return.

The German has proved to be a formidable opponent for Arteta, with the Spanish manager still searching for his first win over his Reds counterpart inside the regulation time.

After losing their first two Premier League away fixtures of the season without scoring, Arsenal have gone from strength to strength in their subsequent three league travels.

Arteta’s men haven’t lost any of their last three top-flight matches on the road (W2, D1), keeping a clean sheet on each occasion.

Though that prospect looks far-fetched, another shutout at Anfield would see Arsenal put together four consecutive Premier League away games without conceding for the first time since May 2005.

However, given how they’ve been playing on foreign turf of late, the Gunners will be confident of keeping the likes of Mohamed Salah and Sadio Mane at bay.

Indeed, the Londoners have recorded six clean sheets across their last nine Premier League trips, showing a defensive composure rarely seen in the recent past.

Emile Smith Rowe has been a shining light in this Arsenal side so far this season, tallying four goals and two assists in his 11 Premier League appearances.

After notching up an all-important winner in a 1-0 win over Watford last time out, the 21-year-old will be filled with confidence heading into this matchday.

Interestingly, the in-form forward has registered four of his six Premier League goals scored throughout his career within the opening 30 minutes of play.