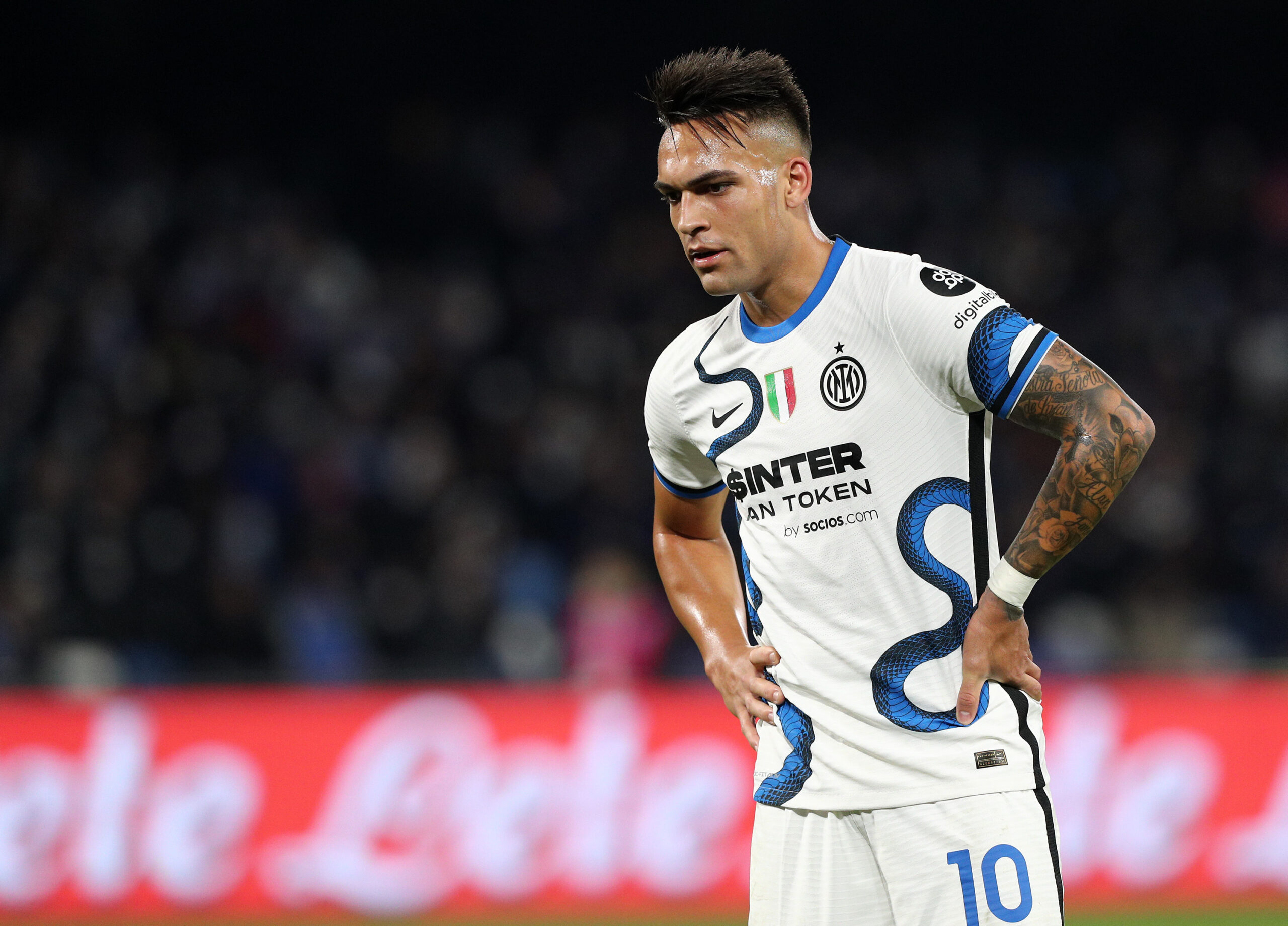 Lionel Messi has heaped praise on Inter Milan striker Lautaro Martinez amid growing speculations linking him with a summer move to Arsenal.

The Gunners are actively looking for a prolific marksman to replace Pierre-Emerick Aubameyang, who joined Barcelona in January after terminating his contract at the Emirates.

In addition to the Gabonese forward’s departure, Mikel Arteta could be facing a transfer exodus in the summer as Alexandre Lacazette and Eddie Nketiah are on the verge of exiting the club on free transfers.

Both players have entered the final few months of their contracts, and Arsenal have so far been reluctant to offer them new deals despite setting Aubameyang free this winter.

Paul Merson has even urged the Gunners to run down Lacazette’s contract.

With Arteta staring at the prospect of losing both of his talismanic strikers in a six-month span, the Premier League heavyweights are in the market for a new star to lead the line next season.

Martinez, who has gone from strength to strength since moving to Serie A from Racing Club in January 2018, reportedly features Edu’s wishlist close to the top.

The Argentine has drawn a host of high-profile enquires following his impressive showings in Italy, with Arsenal at the front of the queue to take him away from Giuseppe Meazza.

Inter managed to fend off Barcelona’s attempts to lure their talisman to Camp Nou last summer, largely thanks to the Catalans’ financial struggle induced by the COVID-19 pandemic.

However, the reigning Serie A champions are dealing with financial troubles of their own, and they may have to consider selling their prized asset to balance the books in the summer.

According to the Daily Mirror, Inter would be willing to sanction Martinez’s switch to Arsenal for around £77 million.

Messi has encouraged the Gunners’ bid to sign the 24-year-old by describing his compatriot as the ‘complete striker.’

What had Messi had to say about Martinez?

“He’s spectacular. He has impressive qualities. You could tell he was going to be a great player and he is showing that,” the ex-Barcelona hero said as relayed by the Daily Mirror.

“He’s very strong, really good one on one, scores a lot of goals and in the area he fights with anyone, holds it up, he can turn, scrap to win it all on his own. He has a lot of quality. He’s very complete.”