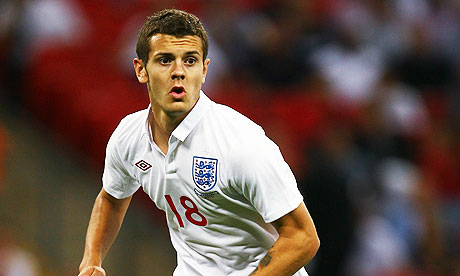 Jack Wilshere wants West Ham United to bring his Arsenal woes to an end by signing him in the January transfer window.

The Gunners out-of-favour star is apparently desperate for his boyhood club to sign him away from Emirates stadium, according to the Daily Star, as his playing career looks increasingly likely to fall away into oblivion.

Wilshere was not part of our 18-man matchday squad that secured a point against Premier League holders Chelsea on Sunday and, with his contract due to run out next July, is all but certain to leave the Emirates.

The Hammers pulled back at the Gunners supposed £20m asking price for the 25-year-old after they made an enquiry in the summer window, and it is up for debate as to whether the Hammers will move for the England international again after the turn of the year.

Wilshere remains hopeful that Slaven Bilic will call on his team’s board to sanction a move for the injury-prone midfielder, but question will be asked if he is right candidate to strengthen the Croat’s squad.

The England midfielder has featured three times for the Gunners so far this season, and put in a brilliant performance against Cologne, in the north London club’s Europa League victory, after coming on as a substitute in the 68th minute.

That bright cameo failed to land him a place in the squad to face Chelsea, however, with teenager Ainsley Maitland-Niles preferred on the bench.

Wilshere spent the whole of last season on loan at Bournemouth after Wenger declined to offer him the regular football he wanted with the club, after a good start to life on the south coast, he soon found himself marginalised at the Vitality stadium too.

A broken leg in April shortened his 2016/17 season – the eight the eighth major injury of his senior career – and led to further speculation that his career was in danger of fizzling out into nothing.

Italian clubs Juventus and Sampdoria were also linked with possible moves for Wilshere in the summer, but both declined to make a concrete offer.