Is Pierre-Emerick Aubameyang past his best?

Pierre-Emerick Aubameyang’s performance against league leaders Manchester City was a testament that footballers, especially those in their 30s, tread on thin ice.

Put one foot wrong and social media is filled with posts stating the player is out of his depth.

In Aubameyang’s case, people who were being critical of the striker completely forgot the impact the player had on the team just a week ago.

Aubameyang is too often a passenger when playing as a striker. His hold up play has been horrific.

The 31-year-old has had an underwhelming campaign this season, netting just five goals in the Premier League prior to the game against Leeds United last week.

Having handed out another long-term contract to a player in his thirties, Arsenal will be hoping that it is not just another story like Mesut Ozil or Willian. 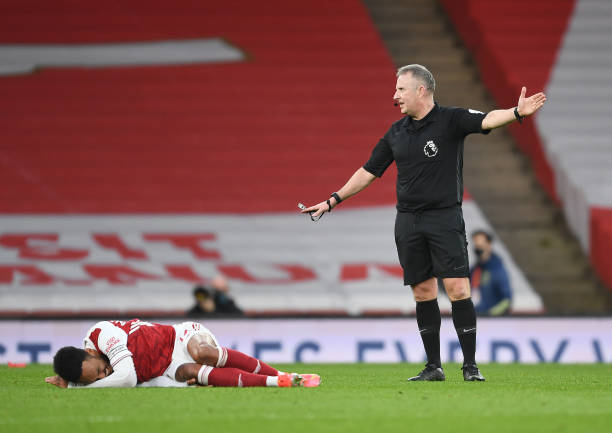 Aubameyang has struggled this campaign. (Photo by Stuart MacFarlane/Arsenal FC via Getty Images)

Arsenal’s fears were highlighted at the weekend as Aubameyang struggled to make an impact as City beat them 1-0 at the Emirates Stadium.

Sky Sports pundit Jamie Redknapp was the first one who poured fuel on the fire for Arsenal fans. “When I watch him sometimes, it’s like he’s lost his superpower,” he said.

The French-born Gabon international has been far too inconsistent and his leadership skills have been non-existent.

Although Arsenal fans would not say it aloud, Aubameyang does not provide the team with anything other than goals. His link-up play is poor. He hardly holds the ball up the pitch. And, most surprisingly, given that he is 6ft 2ins, he has little aerial presence.

He has cut an isolated figure when playing against top teams. This is a player who looks like an up-and-coming young striker rather than one who has racked up more than 200 goals across three countries.

Arteta must address his “ghost striker” as some Arsenal fans have called him after the defeat against Pep Guardiola’s men.

One thing that people can expect from the forward is total commitment to the task at hand even when times are hard.

However, even though his performances aren’t there, it is still a team game and Arsenal’s issues extend far beyond Aubameyang.

What Arsenal can learn from West Ham
With Bellerin’s future uncertain, who should Arsenal target?