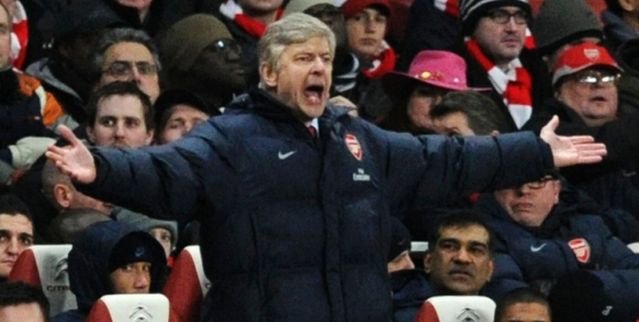 We are somehow still in all the race for the title,despite losing at home to teams like WBA, Newcastle and the scum.. Somehow still in the CL, but we made hard work of a very easy group.. and still in the FA cup, despite getting a home draw vs a lower league team.. and we reach the semi finals and drawing the plum tie only Arsenal could screw it up vs Ipswich.

Yet again “injury’s” to key players and a lack of decent cover is threatening to leave us with players filling in who are clearly not up to the job.

If only Wenger showed some bottle and went out and signed 1 or 2 quality players to push us on, I really feel we could win something this season.

I said the same thing last season during the Jan window and look what happened. We all knew last season that we needed a GK and a CB and also a striker.

Wenger did nothing and stuck by Almunia, We watched him throw our chances of winning the title away. We needed a CB but Wenger signed a 36 year old and STILL we have the same problems this season.

I truly feel that if Wenger showed some bollocks and took and chance and spent £20m on 2 players we would win the league.

I’m not saying that Wenger should go out and spend £50/60/70m on players and risk us dipping into our overdraft but f#ck me £20m is hardly alot for a club like Arsenal.

But yet again we watch the transfer window tick-by as Wenger trys in vain to sign players on the cheap.

I have no doubt that come the end of the transfer window wenger will come out with that old b##ocks “we came very very close to signing a player” or “we did everything we could, but teams didn’t want to sell”.

I have no doubt that “IF” Wenger signs a player it will be a stop gap signing like Silvestre & Sol. Are signings like that going to push us on and win us the title? Where is the ambition?

I give full credit to Wenger for the way he has run the budget over the years and looked after the long term future of the club.

But by spending £20m its hardly going to turn us into the next Pompey or Leeds is it.

Come on Wenger, Pull your finger out and show some bollocks.. Show us you want to win something by actions and not just words.

Sinbad
Join me on the forum – www.arsenalaction.com/forum/