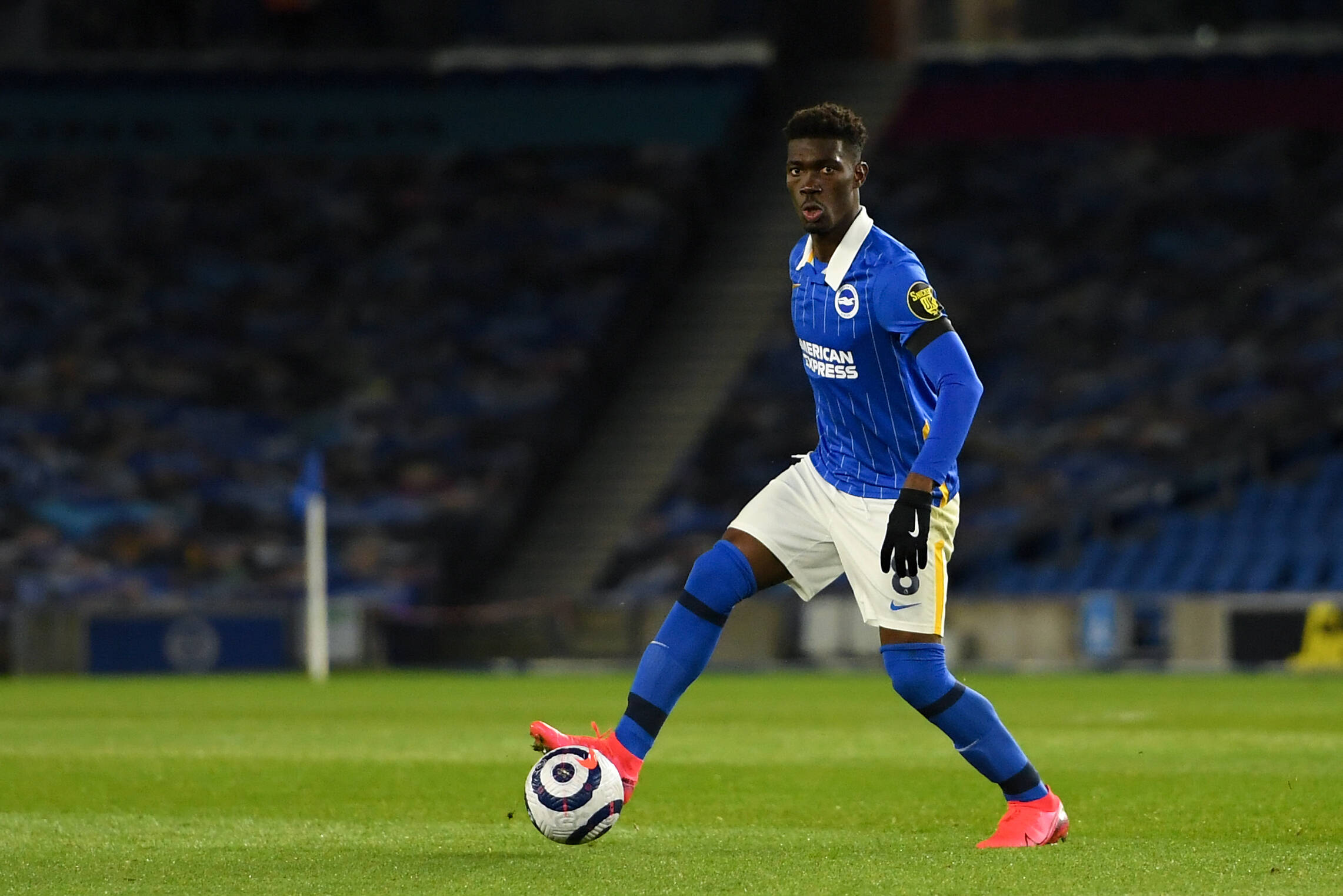 Arsenal legend Ian Wright has claimed that Yves Bissouma would be a dream midfield partner for Thomas Partey at the Emirates, when speaking on Optus Sport’s ‘The Kelly And Wrighty Show’.

The Mali international has been playing for Brighton and Hove Albion since 2018 and has put in some terrific performances for the Seagulls. In 2020/21, the midfielder has started 29 games in the league so far and has been an important part of the club’s fight against relegation.

Speaking on the show, the former England forward said that the Brighton midfielder would be the perfect foil for Thmoas Partey at Arsenal. Wright said:

“We need that player next to him, we want to play out the back – get it to Partey and have that solidity of Partey and – I know I’m dreaming, but Bissouma – to get the people to a player like [Martin] Odegaard, if he stays. A massive if.”

The Mirror also state that there is interest in the player from the likes of other Premier League clubs such as Manchester United and Liverpool. A few months ago, when asked about the potential departure of Bissouma, Brighton boss Graham Potter said:

“I have never been a coach that worries about losing a player. “

Adding the 24-year-old would be a great bit of business for the North Londoners. The midfielder is capable of playing all across central midfield and would be an ideal partner for someone like Partey. With his combination of skill and pace, it would add another dimension to Arsenal’s offense. It also gives the club a lot of options to play with and that is always a good situation to be in, for a manager.

Arsenal might have to move quickly to secure a transfer for Bissouma given the reported interest from other big clubs. A lot of the summer transfer business will depend on what the Gunners end up doing in the Europa League. If they can win it and qualify for the Champions League, it will put them in a strong position transfer wise.