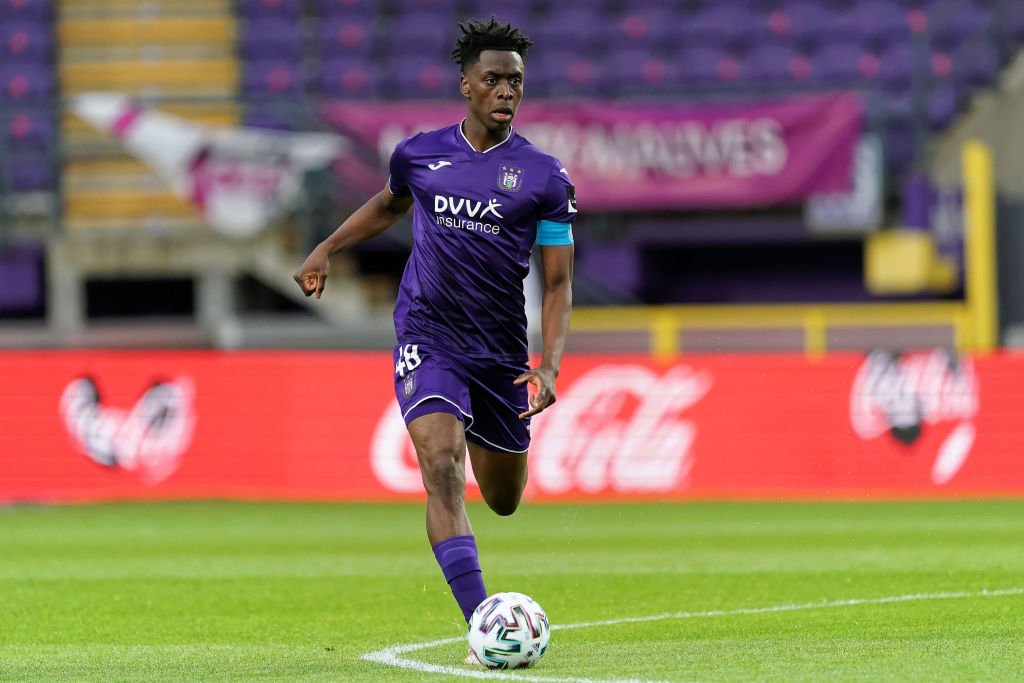 Arsenal made their first bid for Anderlecht midfielder Albert Sambi Lokonga but it was reportedly rejected.

The 21-year-old had a breakthrough season with the Belgian giants, establishing himself as one of the first names on their team sheet. His good performances resulted in him captaining the club towards the end of the campaign.

There is a lot of interest surrounding the youngster who almost made it to the Euros. Lokonga was recommended by Arsenal legend Thierry Henry which makes this potential transfer even more tantalising.

A skillful and technically proficient player who is capable of beating the press and setting up attacks. The Belgian is also adept at covering and protecting the defence with his pace and stamina. After news of the Gunners bid came out, fans were quick to show their excitement. A lot of them took to Twitter to express their appreciation for the midfielder.

Here are some of the best reactions:

The last young midfield captain coming out of Anderlecht was a certain Youri Tielemans… if Sambi Lokonga is on that level, then I’m all for it.

I've never seen any Albert Sambi-Lokonga highlights or stats but, going by the opinion of others, I know I want him at the Arsenal and we need to get it done 👍 pic.twitter.com/aeQo4G8OnD

Obviously YouTube scouting can only take you so far, but this is a great video of Albert Sambi-Lokonga.

Gives a rounded view of his skillset, mobility in midfield, ability to turn away from pressure and passing range. https://t.co/C3AXvc0SSs

Lokonga links impress me because it appears actual work and scouting has been done rather than it being agent-led/friend of a friend. He fits what we need from an athleticism/technical standpoint and can play more than one position

The most encouraging aspect regarding the reported bid is that the north Londoners are making early moves in the market. They cannot afford to wait as other clubs might move ahead of them.

With the young midfielder, they could get a player who has shown that he has the potential to become a great player and leader. Being named captain of your team at the age of 21 is no mean feat. At the Emirates stadium, Lokonga might not be a guaranteed starter but could push others to perform better. His playing style resembles that of Thomas Partey.

Wrapping up this deal as soon as possible will give the midfielder time to settle into his new surroundings and if everything goes smoothly, we could get to see the Anderlecht midfielder in pre-season action. Arsenal need to make a few signings to show that they want to improve their squad and compete with those above them. With the potential arrival of Lokonga, they seem to be headed in the right direction.

Arsenal defender is a major doubt for Scotland’s crucial clash against England
Alexandre Lacazette Situation – To sell or not?