Guus Hiddink – “The German passport for Mesut Özil is false” 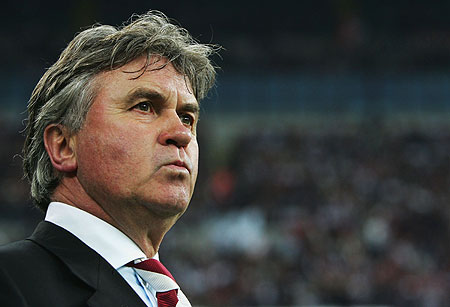 Arsenal target Mesut Özil is playing for German in this summers World Cup with “false documents”, thats according to the new Turkey manager Guus Hiddink

Guus Hiddink, the new coach of Turkey’s national team, was asked about Mesut Ozil by a collection of Italian journalists. Ozil has a Turkish father and was apparently very keen on playing for Turkey until eventually deciding on Germany, where he was born.

Hiddink was told a reporter from itasportpress.it

“The German passport for Mesut Özil is false. The document was falsified to allow Özil to play for Germany, although he is entitled to play for them.”

Ozil was born in the German city of Gelsenkirchen. Some have speculated that this is just ‘sour grapes’ on behalf of Hiddink, but for a manager so respected in World Football to make a comment like this, he must know something we don’t.

I feel Sorry for Eduardo, But Arsenal are doing the right thing
Spurs set to beat Arsenal and Man Utd in race to sign Kjaer