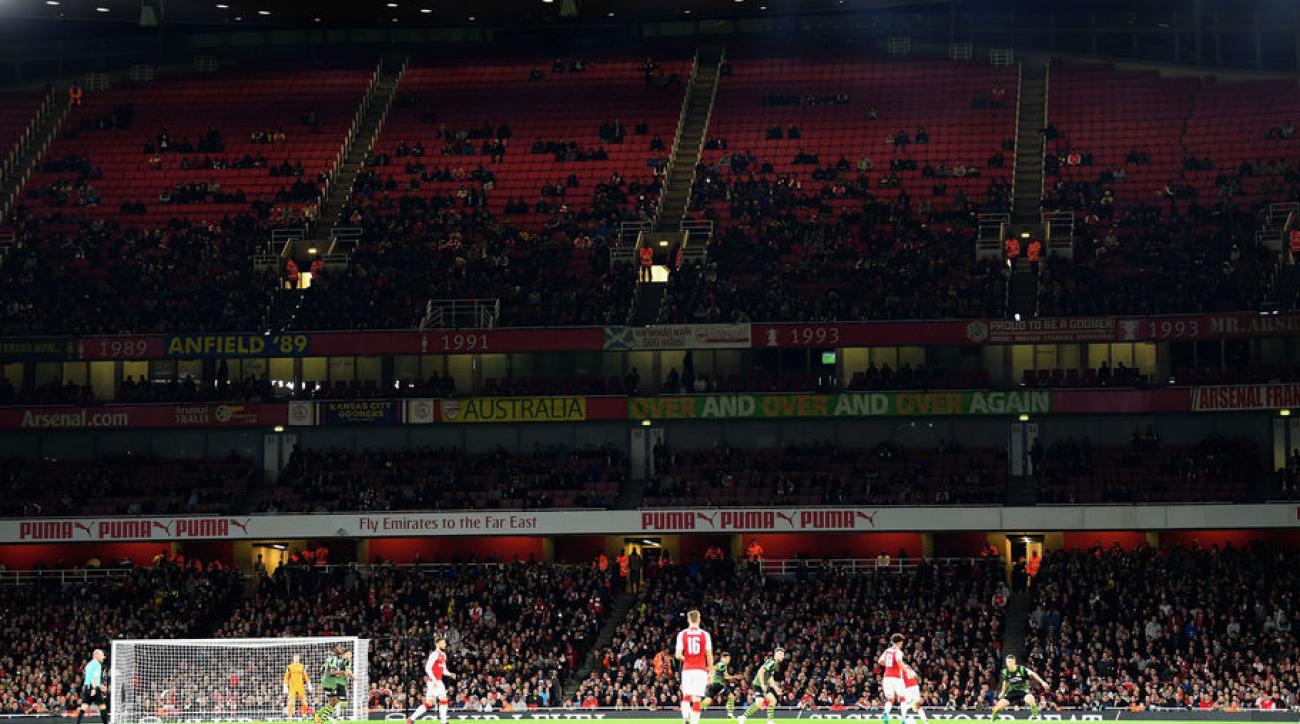 Arsenal faced Doncaster Rovers mid-week in the Carabao Cup and the Gunners recorded the lowest ever attendance at the Emirates – despite selling tickets at a discounter price.

The North London side attempted to boost the capacity with tickets on sale at £10 for adults and just £5 for children. However, according to the Daily Mail, fans were seemingly not interested in the fixture as only 44,064 supporters entered the stadium to witness the game.

The attendance came in more than 2,000 less than the League Cup match against Shrewsbury Town in 2011 – where 46,539 were present to witness the Gunners progress.

Even though 44,064, tickers were sold, it’s clear from the huge amount of empty seats that the attendance at the game was even less than that – even with 5,000 Doncaster supporters making the tiresome journey to watch their side in action.

The only Emirates outfit that hosted a League Cup fixture this week that was more in attendance than their recent domestic fixture was Bournemouth – their attendance was exactly three more than that of the Premier League game against the same opponents, Brighton, last weekend.

Arsenal were down 15,198 in comparison to their last league fixture, Manchester United were down by 20,786 and Tottenham had the biggest decrease with 41,540 less in attendance.