Gazidis warns Wenger "Its time to win a trophy" 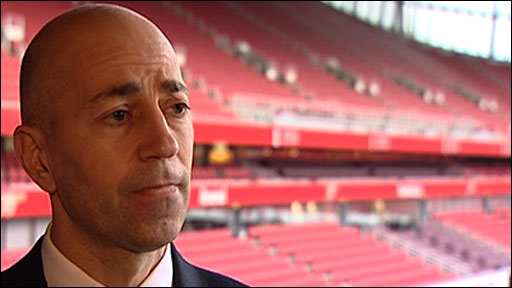 Well said Ivan Gazidis, You speak on behalf of all the fans

Manager Arsene Wenger has been warned that it is time his Arsenal team started to win a trophy by club chief executive Ivan Gazidis.

Arsenal  have not won any silverware since 2005, and there is a burgeoning feeling amongst the club’s hierarchy that things must change quickly.

“It’s absolutely our ambition to win a trophy this year. I couldn’t be more clear on that,” Gazidis told the Daily Star Sunday.

“Second, third or fourth isn’t good enough. We want to win something this season and we believe we have the squad to do that.”

Gazidis acknowledges that Wenger has built a fine young side that plays beautiful football, but insisted it is time for the youngsters to deliver.

“We have created and developed a team playing fantastic football. It’s wonderful to watch and very exciting at times,” he added.

“We’ve spoken about the group’s potential. Now, and by now I mean this season, it’s very important for us to focus strongly on winning something for the fans. They deserve it.

“We can talk about football as a business but, fundamentally, this club exists for the fans and they don’t care about financial reports, they care about what happens on the pitch.”

Join our forum and have a say in this and more….www.arsenalaction.com