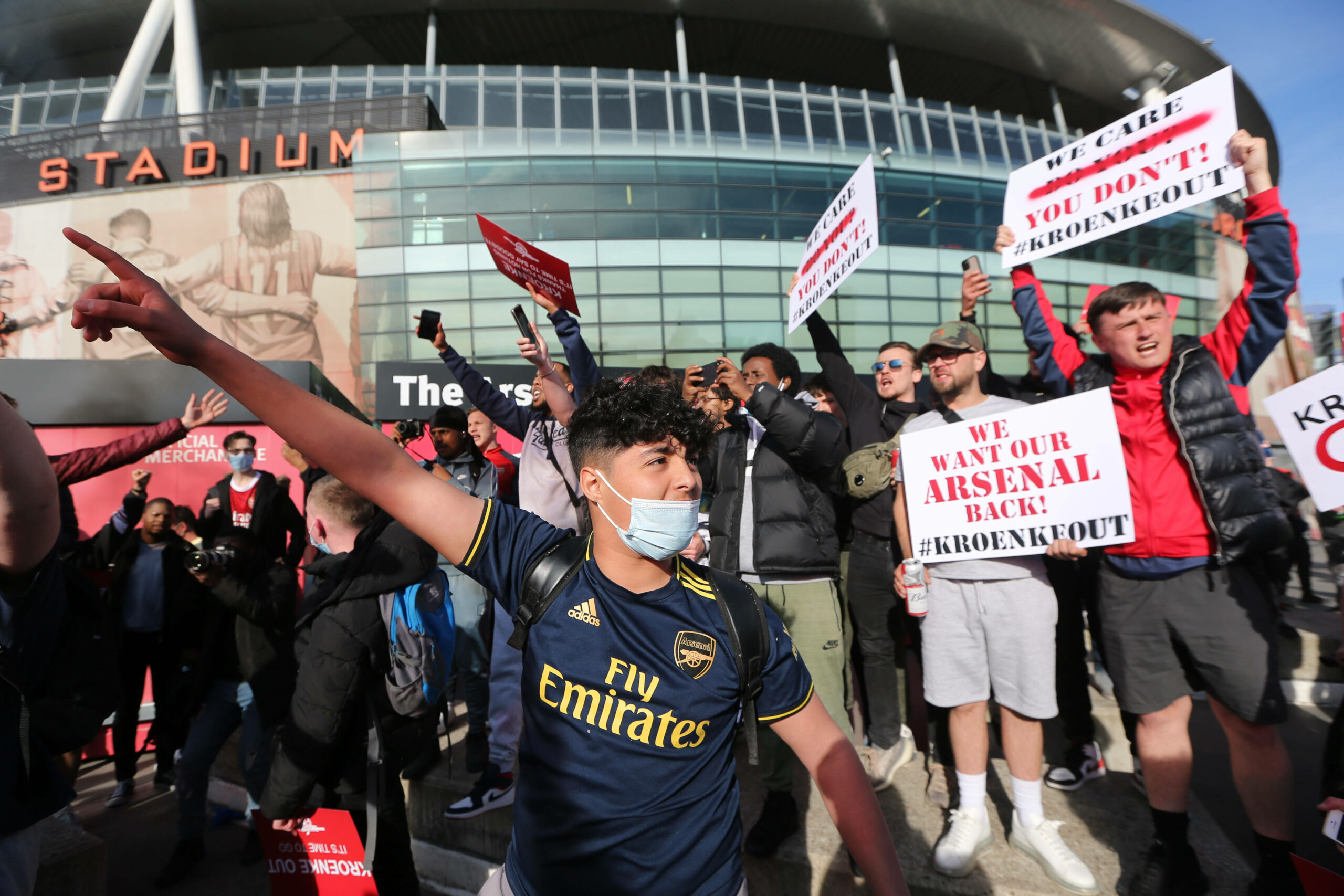 Former Arsenal player Freddie Ljungberg has called for a significant change following the club’s exit from the Europa League. Speaking to BT Sport via Goal, the Swede expressed his feelings.

After spending a trophy-laden spell with the Gunners, Ljungberg returned to the club as a coach. When Unai Emery was dismissed, it was the former midfielder who took over as the interim boss before the arrival of Mikel Arteta.

The North Londoners could only pull-off a draw against Villarreal in the second-leg which resulted in them being knocked out at the semi-final stage. And reacting after the game, the Swede told BT Sport via Goal:

“I hope that this is the rock bottom, and it can change from here. It really, really hurts but I think there needs to be a change in how they invest into the club and change the pattern that we get worse and worse every year.”

After the FA Cup win in 2019/20 and the Community Shield at the beginning of this campaign, things looked bright for Arteta and his team. But it has all gone downhill since, with the club heading for its worst finish in more than 20 years. And to add insult to injury, the Gunners were knocked out by the man they sacked, Emery.

It has been a disappointing season for the Emirates side as they are currently languishing in ninth spot in the Premier League. After their exit on Thursday, the chances of playing European football next season have all but vanished. The point Freddie has raised is right on the money, it really hurts to see a club of Arsenal’s stature struggling to finish in the top half of the table.

We will get a better idea of where Arsenal stand at the end of this season and as Ljungberg pointed out, change is needed but whether it will happen, remains to be seen. As we have witnessed over the past few weeks, there has been a growing resentment over the current ownership. That along with interest from Spotify CEO Daniel Ek in taking over the club, things might actually change for the good.