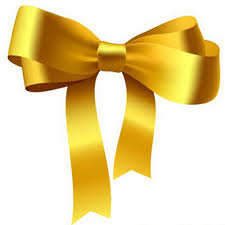 It’s been a tough few weeks for us Gooners, we’ve slipped a little in form and suffered a couple of big defeats in the league which has knocked our confidence in a big way but there is still a lot of passion amongst us all and we should be directing that to Saturday’s game, our players need our support more than ever this weekend in what is arguably the biggest game we’ve had all season.

For the first time in nine very long years the Gunners travel to Wembley for the FA Cup semi-final against Wigan and this is our chance to shine and take something out of this season and something to be proud of. We’ve waited a long time for this moment and I really hope the team are prepared to come out and play well, if not for themselves and the club then for the fans because we deserve this. We give our support week in and week out and we all deserve a bit of a break and something to celebrate and it will ease the heavy criticism that is bearing down on the club.

Wigan are the current holders of the FA Cup and they will not want to relinquish it with ease, they ran rings round City and tactically outplayed them and there is every chance they can do the same against us. Everyone needs to be on their best form this weekend especially the midfield, they will probably have to do the most work as Wigan are a fan of the long ball approach and they will need to be closed down.

With Flamini suspended it will be up to Arteta to find some energy from somewhere and provide with strong midfield, he hasn’t been playing well but I hope for one game he can come out and play his heart out like he used to. With the addition of Ramsey starting the game on Saturday, he could be key in boosting the attack and moving the ball forward with pace-we’ve been a bit sluggish in this aspect, he could also provide some much needed goals.

I really hope Bould has had a good training session with the defence this week hopefully teaching them how to close down that gap on the right where everyone keeps scoring from, it’s been an on-going issue for a few games now and I really hope it is resolved in time for the semi-final. The rest of the defence have the duty of making sure their blocking and interception is also improved by Saturday, they looked to afraid to tackle the last few weeks.

Wenger has had a lot of work to do to prepare the team on Saturday and I really hope that they can pull this one out of the bag and prove that we still are still capable of achieving something when it is needed. We cannot come out and play like we have the last few weeks, that just won’t work against Wigan. We all know we can beat them and I think we’re in for a great game on Saturday.

What a magical day it is going to be at Wembley, I really hope the rumoured protests don’t go ahead because it would be nonsensical, we’ve waited 9 years for this day and to protest at an FA cup game is just a bit hypocritical. Save it until the end of the season, we have all summer to protest outside the Emirates if we need to but just for one day every Arsenal fan should unite and cheer on those 11 players on the pitch so they have no choice but to win. Saturday is about one thing and one thing only: