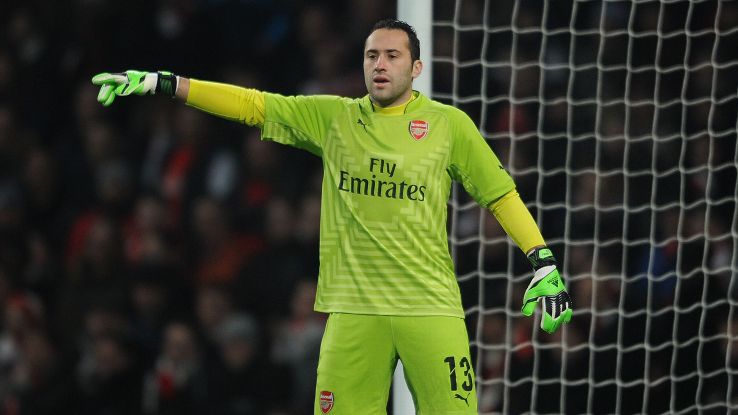 David Ospina signed for Arsenal last Summer for a fee believed to be around £3 Million from Nice on the strength of his World Cup performances for Colombia, The Colombian number one kept 2 clean sheets in the 5 games played in the tournament including a fine performance against fellow South American opponents Uruguay.

It took Ospina a while to settle in the Premier League mainly due to a wrist injury he picked up at the World Cup but now he looks to have made the No.1 jersey his own at the Emirates. The agile shot stopper has kept 6 clean sheets in his 12 league appearances which has been one of many reasons why Arsenal have improved defensively.

There have been many critics that have even suggested that Ospina is not good enough but he has the best clean sheets to games ratio in the league and is only going to improve. On the other hand the writing seems to be on the wall for Wojciech Szczesny who has been poor this season after being given a run of games this campaign by Wenger. The Polish keeper has made 17 appearances in the league keeping just 3 clean sheets and conceding 21 goals in the process, his last appearance came in the 2-0 defeat at Southampton on new years day which was accompanied by two goalkeeping howlers from Szczesny.

There are rumours of interest in Chelsea’s 2nd choice keeper Petr Cech with it being unclear if Jose Mourinho would be willing to sell to a rival club, there have been murmurings that “the special one” may let Cech decide his future due to the 11 years he has served at Chelsea with the former Chelsea no.1 expressing a desire to stay in London.

Ospina is still young for a keeper at the age of 26 with keepers statistically reaching their prime around 28 or 29 years of age, yes Cech would be a good signing but to write off Ospina’s qualities would be wrong and shortsighted.

Aaron Ramsey; quietly effective and efficient
James Milner would not be the worst signing come May