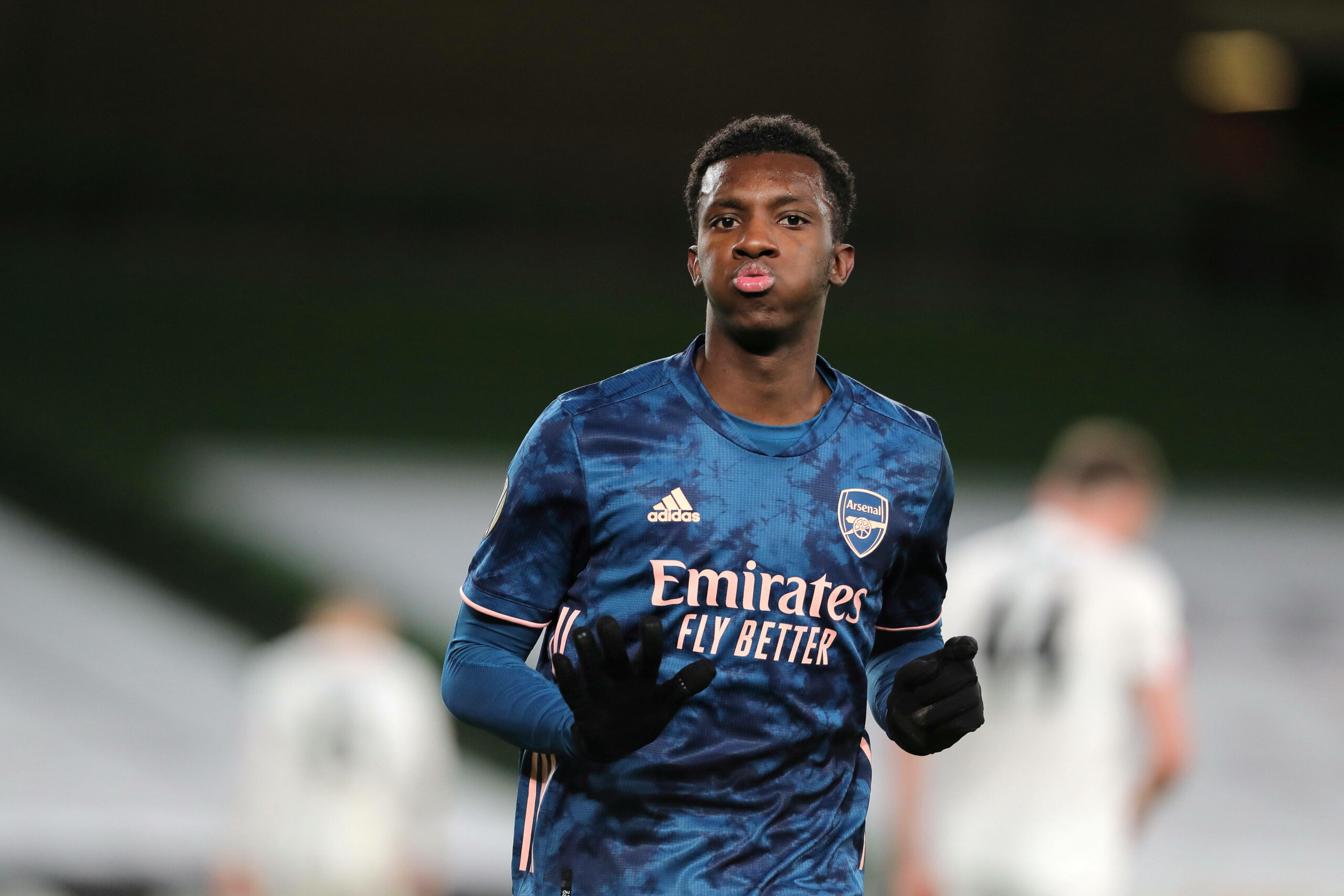 As per a report from The Sun, Crystal Palace are interested in signing Eddie Nketiah from Arsenal.

The Englishman has found chances at the Emirates Stadium to be limited with the presence of Pierre-Emerick Aubameyang and Alexandre Lacazette looming large. And add to this, both Gabriel Martinelli and Folarin Balogun are waiting in the wings.

The report states that Palace and new manager Patrick Vieira are looking to bring the forward to Selhurst Park. They want to make an addition to their attack and see Nketiah as an option with the player being available for a fee of £20million.

The former Arsenal captain is also considering a move for Kasper Dolberg from Nice. But The Sun state only one of the two forwards will be bought. Nketiah has only one year left on his current deal which puts the south Londoners in a better bargaining position.

It would be in the best interests of the club and player if a deal were to be agreed for the English forward. And a move to Palace makes sense as the striker would remain in London and play under a new manager who is willing to use him.

It is difficult to see Nketiah get many chances at the Emirates and at the age of 22, he should be playing on a more regular basis. Palace have exciting talents such as Eberechi Eze and Wilfried Zaha but what they don’t have is someone who can finish the created chances.

This is an area that the Englishman excels at, as the youngster has a natural knack of finding the back of the net. A move at this stage of his career will certainly help the Gunners forward to show the rest of the league the tremendous talent and potential he has.

As for Arsenal, it is an opportunity to get a decent fee for Nketiah and use the funds raised for their own transfer dealings. In the process, they will also be helping out one of the club’s best ever players who is continuing his managerial career in England.

Which Players Are Likely to Leave Arsenal?
Arsenal agree deal to loan out William Saliba