Unai Emery led his former club Sevilla to an unprecedented three consecutive Europa League triumphs, at the helm of the Spanish club. Upon reaching the 2019 Europa League final with Arsenal, many expected the Spanish coach to lead the team to success in his favourite competition, yet the outcome couldn’t have been worse in the end.

The 4-1 defeat against Chelsea in Baku didn’t just mean the agony of missing out on lifting the trophy, it also dealt the additional blow of failing to qualify for the Champions League as Europa League victors, having also been unable to finish in the top four of the Premier League. Lots of effort and positives through the course of a long 2018-19 campaign for the Spaniard to reflect upon, but in the end, without any reward.

The first half of the Europa League final was quite an even affair, a game that could have gone either way. When Granit Xhaka hit the woodwork in the 26th minute, it could even have swung in favour of Arsenal, giving them the crucial psychological edge of taking the lead and putting the pressure on Chelsea to respond. The Gunners might also claim they had some good penalty shouts, which the match officials didn’t seem willing to give.

Despite the positive performance in the first half, Arsenal just didn’t seem to have the same mental strength in the second half, especially after the deflating blow of former Gunner, Olivier Giroud, giving Chelsea the advantage moments after the restart. Arsenal lost their calm and Chelsea inflicted further punishment, with a double-salvo of further goals from Pedro and Eden Hazard, just after the hour mark. Only then came the belated changes by Emery from the bench, and only then did Arsenal hit one back, with Alex Iwobi finding the back of the net just two minutes after his introduction. However, the mental battle was already well and truly lost by the time Giroud added the coup de grace with his second of the game, adding further insult to injury for his former team.

Arsenal had fallen apart at the key moment of their season, but in sports and games, just as in everyday life, there are always lessons to be learned. Emery’s team had lost the mental battle against their rival, which subsequently influenced the rest of the second half performance. After such a stinging loss, comparable to losing a huge stack of chips at the poker table given what was at stake, there are perhaps some valuable lessons the team might learn from leading poker players and experts, where the mental game is just as important.

Learning to become a great loser

For almost 15 years American therapist Jared Tendler has become a renowned sports psychologist, working with professional golfers and athletes to help them improve their levels of performance. However, it’s in the world of poker that he has become particularly famous, providing mental coaching to help some of the best players improve their poker strategy significantly, especially when it comes to learning how best to accept defeat and move on.

Nobody likes to lose and particularly so in the world of professional sports and games, whether it’s an important continental football final or a high-stakes poker tournament. So, why is it important to become a great loser? According to Tendler, the key to becoming a more successful winner is also understanding and accepting how to be a great loser, because defeats are an inevitability, no matter how skilled the sportsman or poker player might think they are. 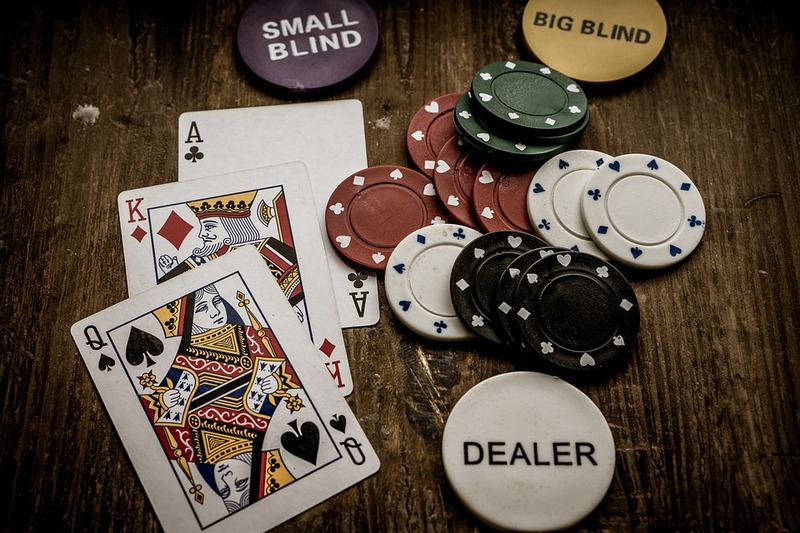 Image Source: Pixabay
Caption: Poker and football are both played for high stakes

Most frustrating of all can be playing well, and still losing. In the case of Arsenal’s performance in the Europa League final in Baku, however, the Gunners were simply outclassed by Chelsea on the day. Arguably, it’s easier to move on from the latter, no matter how frustrating the defeat was for players and fans alike. Nevertheless, even if the team had played well and lost, the Arsenal players and staff could still learn a thing or two from the best Texas Holdem or Omaha poker players, carefully analysing their performance and understanding where they need to improve.

Being objective in defeat is vital toward achieving success further down the road. Nobody is perfect all of the time and picking apart games, looking carefully at every aspect of play, helps identify strengths and weaknesses. Building and promoting the strengths, especially in football, is just as important as reducing the impact of weaknesses, then working to strengthen those debilitating elements of play; mentally, physically, and technically. This is the kind of psychological approach which the leading professional poker players take.

By using examples from both poker and football, Arsenal players and staff can learn plenty about moving on after their Europa League final defeat at the hands of Chelsea, as Unai Emery looks to improve ahead of next season. There are always lessons to be learned and there’s no better way of getting back on track than with a great comeback, putting what’s been learned into practice.

Liverpool proved that to be the case when they seemed dead and buried at the Camp Nou, losing the first leg of their Champions League semi-final by three goals against Barcelona. The latter could perhaps have benefitted from a little more humility in victory, practically celebrating their passage to the final as a done deal. However, that arguably spurred Liverpool towards a magnificent comeback at Anfield, crushing their rivals 4-0 in the second leg.

Similar things have happened in the world of poker, with players having bounced back to victory even after a lengthy period of time out of the limelight. Stu Ungqr, who is widely regarded has the greatest Texas Holdem player, won back-to-back World Series of Poker Main Event titles in 1980 and 1981, then fell off the radar completely. However, after learning from his mistakes and getting back in the zone, Ungar eventually won his third WSOP Main Event title in 1997, even though he was reportedly flat broke after so many years of losing games.

Staying mentally strong and focused, learning to become a great loser and studying how to improve; these are parallels that clearly unite both poker players and our favourite football stars.

Europa League success would be the perfect end to Unai Emery’s first season in charge of Arsenal
What does the future hold for Arsenal after Sheffield United defeat?