Chamakh “Gourcuff would be superb for Arsenal” 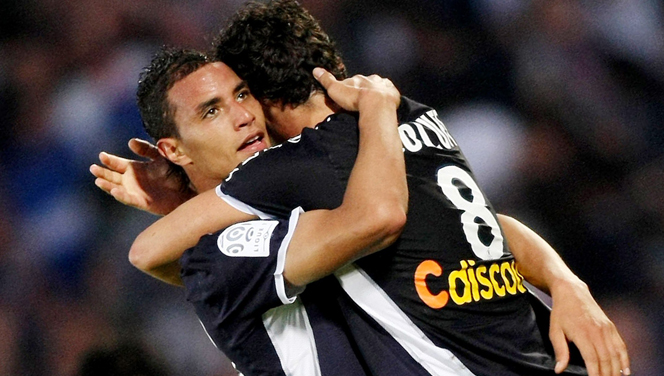 New Arsenal striker Marouane Chamakh has hinted that former Bordeaux teammate Yoann Gourcuff would be a superb acquisition for the Gunners as speculation continues to circle that the French international could be a readymade replacement for Cesc Fabregas should the Spaniard depart for Barcelona in the future.

Chamakh signed for Arsenal on a free at the start of the summer and will join up with his new teammates for pre-season training in the next two weeks. The Moroccan international, who spent eight years at Bordeaux, was a prominent figure in Laurent Blanc’s title winning side of the 2008/09 and alongside Gourcuff helped spearhead a run to the quarter-finals of last season’s Champions League.

The duo were regularly hailed as the most effective attacking combination in Ligue 1 and with Chamakh now ready to test himself in England with Arsenal it appears Gourcuff could also be tempted by life in the Premier League.

Speaking about the prospect of linking up with his old friend, Chamakh told The Sun:

“It would be terrific if Gourcuff joined Arsenal.”

At only 23-years-old, Gourcuff has already experienced the pressures of making a big money move. Having established himself as an exciting teenage prospect at Rennes, the playmaker moved to AC Milan and spent three seasons at the San Siro. Struggling to usurp Kaka for a lead role in Carlo Ancelotti’s side the Frenchman returned to his homeland on loan in 2008 and has since become a mainstay of Raymond Domenech’s Les Bleus. Part of France’s disgraced World Cup squad Gourcuff was sent off for a first half elbow against South Africa.

Debate this more on the forum [ Here ]