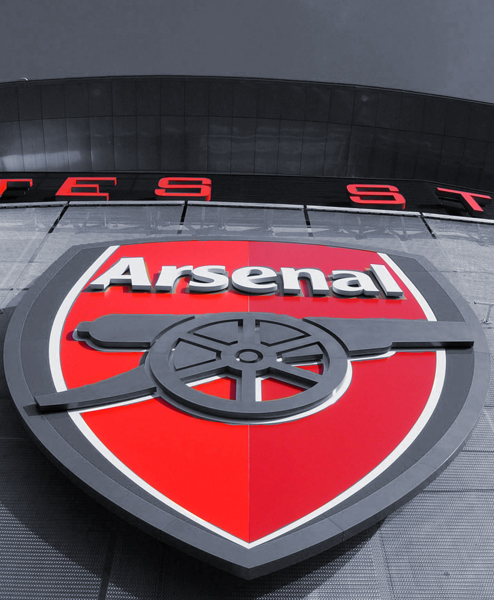 Cesc Fabregas had more to say on the silly rumours linking him with Barcelona. According to the Arsenal skipper:

I haven’t said that I will definitely leave Arsenal. Everything is possible. Now I have my head and my focus on the World Cup. I am very proud to be captain of Arsenal and I love the club and have respect for them. It gave me such pride to be made captain.

Quite frankly I don’t see why we’re still on this. Yeah it’s clear Cesc is considering going to Barcelona but it just won’t happen. The last time he spoke on this issue he said he’ll leave it in Wenger’s hands and what that means is that Wenger will decide his future, not Cesc.

When Barcelona offered us a measly £25M for him we told them it’s not enough and we will not be making counteroffers with them nor entertaining further negotiations. In other words, we said ‘That’s that, we’re not selling him and that’s final’. You’d think that the board saying this to them would kill those rumours, but no, they still persist.

Is it that the media just want us to lose our players that badly that they’d help Barcelona continue their bullying and tapping up tactics? I certainly think so. What’s even worse is the group of mindless Arsenal fans who are willing to believe anything at all they hear or read or see on tv. They’re the ones who allow these rumours to continue as they’re the ones who keep falling for them and reacting to them as if they were true about him leaving. Why must Arsenal fans be like this though? Why are Arsenal fans so pessimistic? More importantly, why is it that whenever stories like these circulate and officials inside the club make comments to kill them, many fans prefer not to believe these quotes but take everything spewed out by media houses such as Sky Sports and BBC Sport as gospel? Don’t they see that it’s their mindless following that is allowing the media to perpetuate this kind of bullshit?

There’s word Lorient’s Laurent Koscielny has agreed personal terms with Arsenal and both clubs have agreed on a transfer fee but the deal’s yet to become official as all that’s left to be done is for Arsene Wenger to dot the Is and cross the Ts. Apparently it’s hard for him to do that though, when he’s in South Africa without his Blackberry. What it means, however, is that we can rest assured that we have a defender coming in.

Word on the street is that we upped our £6M bid on Everton’s Phil Jagielka by £4M and David Moyes has urged his board not to give in to our request. What I’ve heard is that this has caused us to turn our attention elsewhere – to Werder Bremen in fact, where Steve Rowley has been scouting Per Mertesacker. It is believed we’re looking to offer Bremen the £10M we were gonna offer Everton for Jagielka for his services.

We’re also being linked to Rangers’ Madjid Bougherra and Benfica’s Rafik Halliche. Both of these defenders are Algerian and if these rumours are true then it suggests that Wenger’s had a firm eye on the proceedings in Group C at the World Cup.

Something that really irks me is that people are stupidly looking at the fact that we’ve let Senderos, Silvestre, Gallas and possibly even Sol Campbell go and we haven’t made any defensive signings as yet, to suggest that we’re not going to be making any signings at all. What the f#ck?! Seriously? Are people that f#cking inane? If we really weren’t planning on signing replacements then it would mean we’d enter the new season with Vermaelen and Djourou as our only two senior defenders in the team. It doesn’t take rocket science to see that that certainly can’t work, especially for a team with title ambitions. Of course we’re going to be signing more players. How many times does Arsene Wenger need to say it for people to believe it? He doesn’t even have to say it. It’s actually a given that we will, really.

People need to chill the f#ck out and relax. This is the summer and a World Cup summer at that. There are many players who have their focus on the World Cup right now and those that already participated and got eliminated are off enjoying their well earned summer vacations. It’s hard to do business with players right at this moment.

Not only are players off relaxing but so too is Arsene Wenger. He’s in South Africa doing media work for French TV but as peculiar as it sounds, this is how Wenger is used to spending his time off from the club. The man is off enjoying himself, relaxing and recharging for next season and it’s quite fine if he’s not ready to make his signings yet because there’s a time and place for everything and right now he’s not at work for us.

Are people really dumb enough to think that they realise that the team needs strengthening but Arsene Wenger doesn’t? How dimwitted do you really have to be to actually believe that? Seriously!

I think while there are the sheep who are stupid enough to follow every maniacal ranting spewed against Arsene Wenger, there are those who look to chastise him for every single reason they can find. Whether it’s because we haven’t won a trophy since f#ck knows when or because they got soaked walking home in the pouring rain. I don’t get why Arsenal fans have to be so negative all the time and create panic around the club when there really needs to be none at all. I just urge all of you reading this not to be as mindless as those who give those jerks creating drama around the club a soap box to stand on and speak. Think for yourself and question authority.

Anyway, this is the end of my rant for now. Leave your thoughts below. Dust!

Visit the forum to debate this more at www.arsenalaction.com/forum/

Be Worried! Wenger has done this before..
[Video] “Joker Eboue” – Comedy magic moment at the World Cup