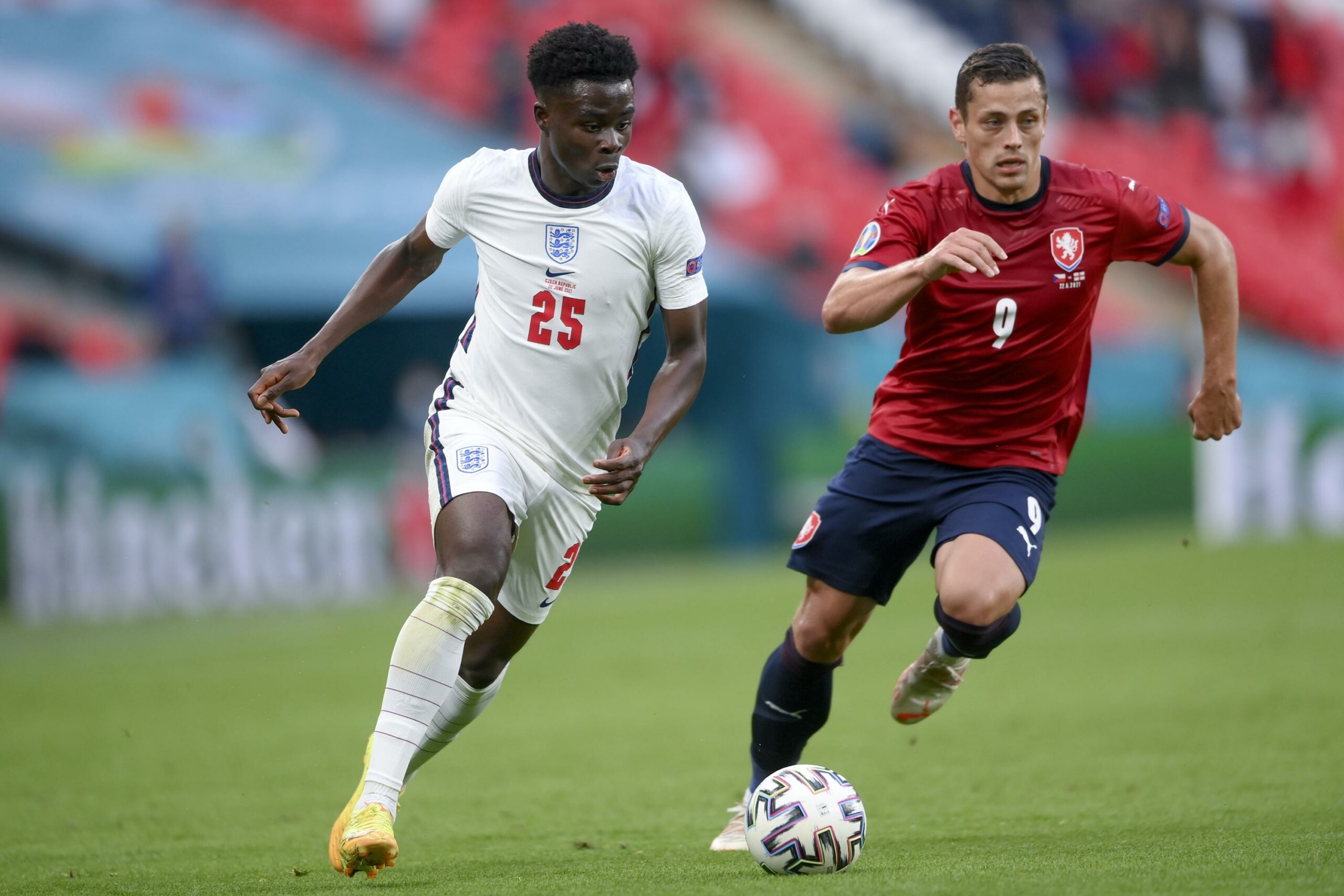 In a rather dull affair between two decent sides, England’s Raheem Sterling converted the only goal of the evening in the twelfth minute off Jack Grealish’s cross.

Two debutants to a major finals tournament were Jack Grealish and Arsenal’s Bukayo Saka who replaced Phil Foden and the isolating Mason Mount respectively. Many England fans criticised the decision from Southgate to pick the Arsenal man over Borussia Dortmund star Jadon Sancho. The 19-year-old started well, alternating between the #10 role and the right wing position. The first chance of the game was created by Saka’s deep run back into the defensive sector of the midfield and winning the ball back from Czech Republic midfielder and West Ham man Tomáš Souček. He then played it into the feet of Raheem Sterling who was sharp enough to attempt a lob shot over Sevilla keeper Tomáš Vaclík but rebounded off the post and into the midst of play.

The first and only goal came early in the twelfth minute with yet again Bukayo regaining possession and supplying it to fellow debutant Jack Grealish on the left. The pass and go movement that England had played so well in the first 25 minutes of every group stage match finally worked out when Grealish whipped in the cross and the ball flew over Bukayo’s head and was tapped in by Sterling. From the 20th minute onwards, the Three Lions turned into the tedious side that sat back and played defensively for the duration of the matches against Croatia and Scotland.

The player of the match was substituted in the 84th minute, for what seemed a newly recovered from injury Jadon Sancho to prepare him for the knockout rounds that England was deemed to qualify for before the match had even started. Bukayo’s performance was enough to earn him “Heineken Star of the Match”.

He said in a press conference, “It was a really good team performance, at times we had to defend, but a clean sheet is a real positive and we topped the group so it was a perfect night.”

It is not determined yet whether Saka is a part of Southgate’s plans for the knockout stages but after the wonderful performance, it may be difficult to drop him from the side.

All will be known next Tuesday.